It was good to be able to get out again today after a couple of family commitments had kept me away from my lens for the last couple of weeks!

On the basis that there didn't appear to be anything else compelling within easy reach, I decided on a return visit to the University Parks in search of the Goosanders, despite the lack of recent news either way on their presence. Arriving a bit later than last time, the place was even fuller of people - especially joggers. However when I got to the pool just above the rollers and weir, I immediately spotted a female lurking near to the island just upstream. The male also made a brief appearance but was unsurprisingly scared by someone walking right along the bank by him.

Still it seemed worth a try, so I settled in to see if they would re-appear. Fortunately, the walkers and joggers kept away and my little corner was relatively undisturbed for a little while. I had remarkably close encounters with one male and two females before they all disappeared at around 12. 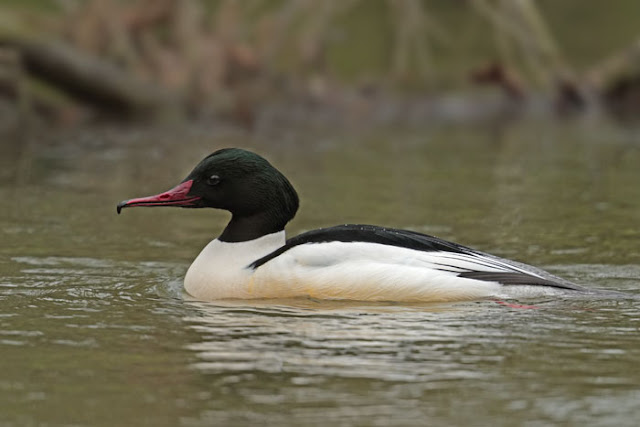 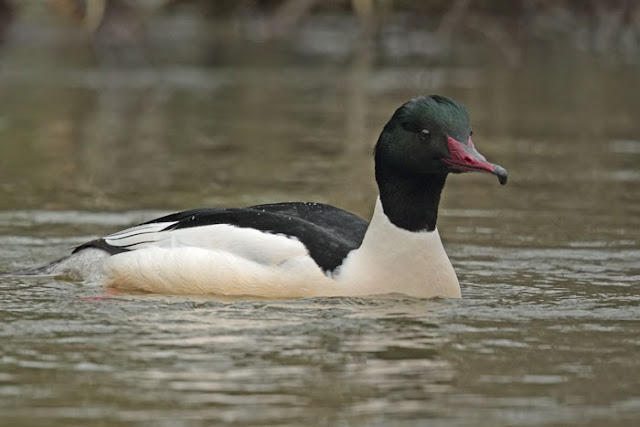 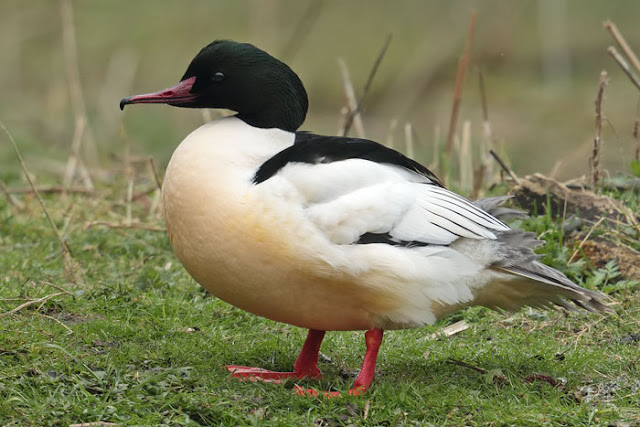 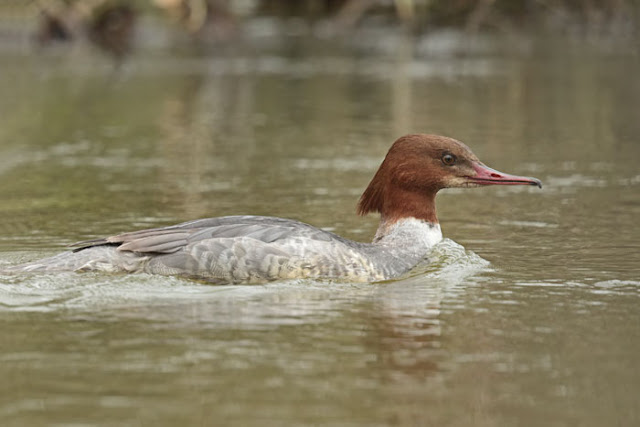 After this delightful encounter (the closest I have ever been to Goosanders), I made the mistake of heading to Farmoor in the hope of some early summer migrants. It turned out there was a major fishing competition underway and the causeway was completely full of them every 5-10m. On the way out, they were all getting ready for the off, but on the way back it was like running a gauntlet between castings - with everyone having the potential for injury.

Also, I couldn't see or hear any sign of migrants - no Sand Martins over the water, nor Chiffchaffs singing. Also the Barn Owl wasn't about at Shrike Meadow nor Pinkhill.

By the way, does anyone know what those enormous new tall poles are for at the bank of Pinkhill - Ospreys?!