Where better to spend a wet Saturday morning than the dry Langley Lane hide at Pit 60? Actually, I can think of a few, with the trip down under that wasn't to be foremost in my mind at present. Indeed there was even a faint reminder of what we would be missing in the form of a plastic Black Swan.

Still when I arrived the light was fantastic, and there was brilliant sun on the Kingfisher post, but there was one thing missing - the bird. This did appear but not until later by which time it was overcast and then shortly after very dull and wet.

There was no sign of the star bird of recent months - the Great White Egret and really the only other mildly notable birds were a flock of 50+ hirundines (mostly House Martins with a few Swallows) brought down by the rain, and two pairs of distant Red-Crested Pochard.

A couple of Little Grebes did however provide some interest in front of the hide, as did a Teal that arrived just as I was about to go. 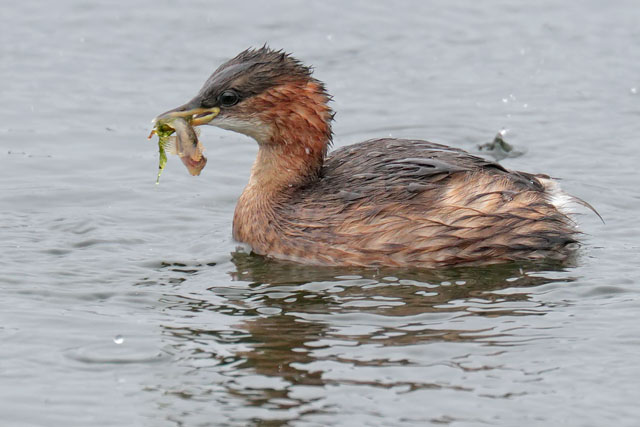 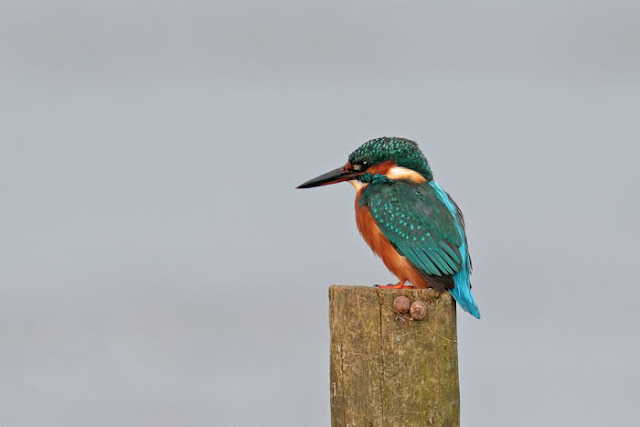 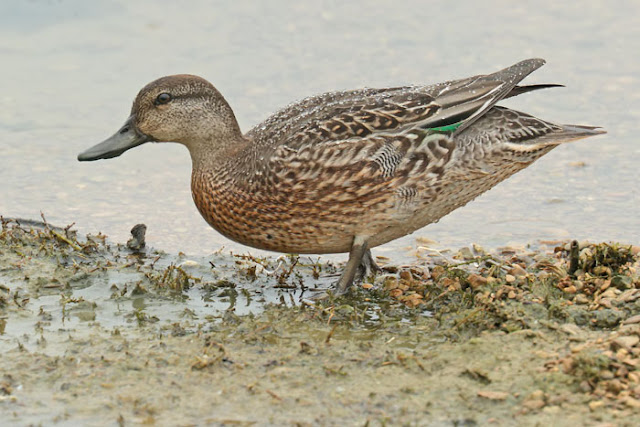 Teal underneath the hide