Back in good old Oxon, so where better to go in early May than Farmoor where all sorts of waders and the Bonaparte's Gull had been reported during the week...

I arrived at gate opening time (08:00) and decided to head along the causeway looking for waders and other migrants. There were plenty of screaming Swifts overhead and one solitary Yellow Wagtail that immediately departed.Further on the only waders on show were two summer plumaged Dunlin, one of which was brighter than the other. Fortunately, my encounter with these confiding birds coincided with a very rare brighter spell 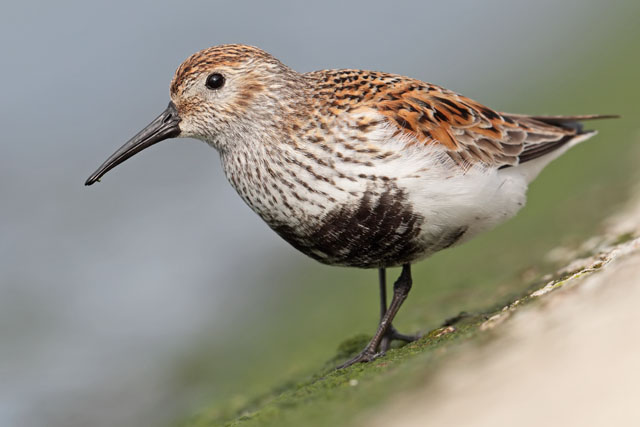 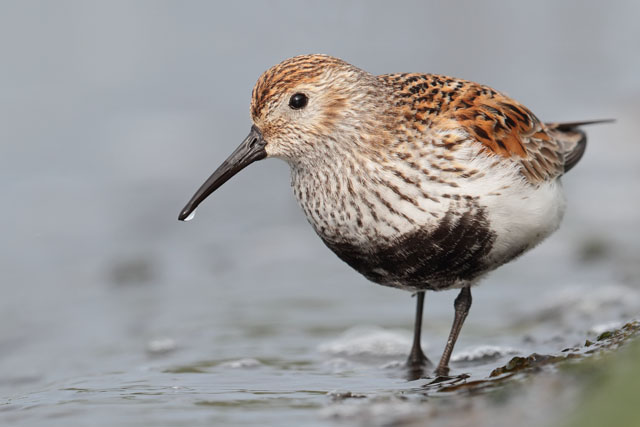 Next up was the Pinkhill hide which was also quiet, apart from a Cuckoo calling in the bushes and trees along the river. It then gave a brief flight view as it moved elsewhere. Sedge and Reed Warblers were also singing away but I didn't see either.

With a tentative report of the Bonaparte's Gull, Black Tern and Turnstone along the southern shore of F2, I decided to head off in that direction. Walking by the river, I spotted a couple of Common Sandpipers, and a little further on by Shrike Meadow there was my first Whitethroat of the year.

Arriving in the vicinity of the southern end of F2, I found 2 flighty Turnstones, 1 Common Sand and a few disgruntled birders who reported no sign of the Gull nor the Black Tern. And so it was - no sign of either. It was also distinctly cool and unspring-like! Time to depart...