I visited Shellingford Pit for the first time in many months today. Given its declining water levels over recent years, and the lack of rain last winter and spring I was fearing conditions might be poor. However what I found was the worst possible - all the pools had completely dried out, so there was nothing left other than rapidly hardening baked mud: 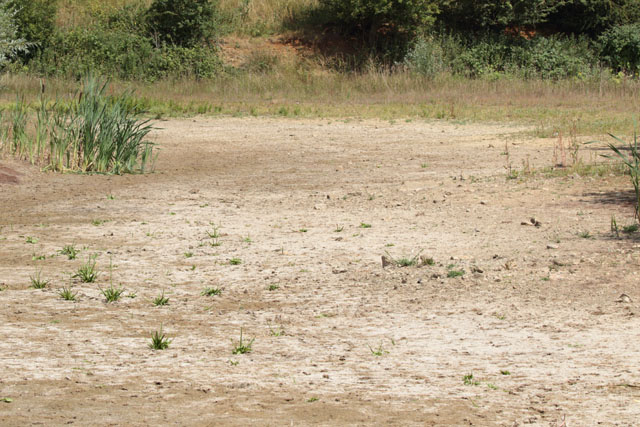 This will have destroyed all the dragonflies and damselflies that used to inhabit what was a nice little site. It was the stronghold of Small-red eyed Damselflies in the county and was a great place to get close to a good collection of other species. In its heyday, it even had a Lesser Emperor once. Going back several years, when the water levels were much higher, it was also a good spot for birds with highlights including Ring-necked Duck, Jack Snipe, Yellow Wagtail, Wheatear.  Lapwing & Little Grebe bred here in some years.

No more I fear. It is not completely clear why this site has gradually dried out, but lack of recent rain and the pumping activities at the working quarry over the road are the most likely causes.