A dull morning at Pit 60, with a heavy shower of rain which failed to bring in any migrants apart perhaps from several Sand Martins hawking over the water.

Interest today was mainly limited to the 5 Oystercatchers present, that were being very vocal at times with much excited displaying taking place. It seems a bit late in the season for this! When I arrived at the LL hide, two were on the island just in front of the island and I managed to open the shutters cautiously without disturbing them. One briefly posed under the wooden "archway" before they both flew off: 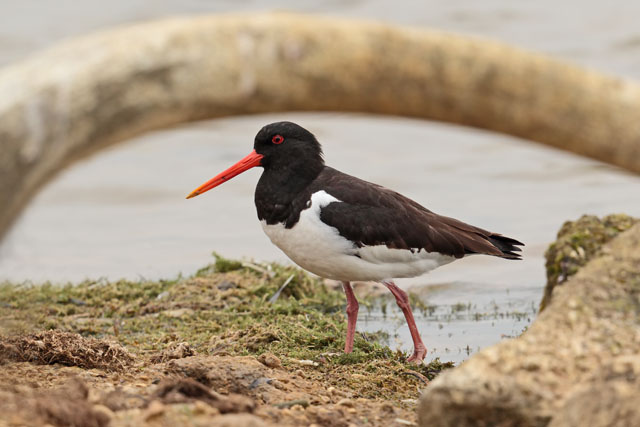 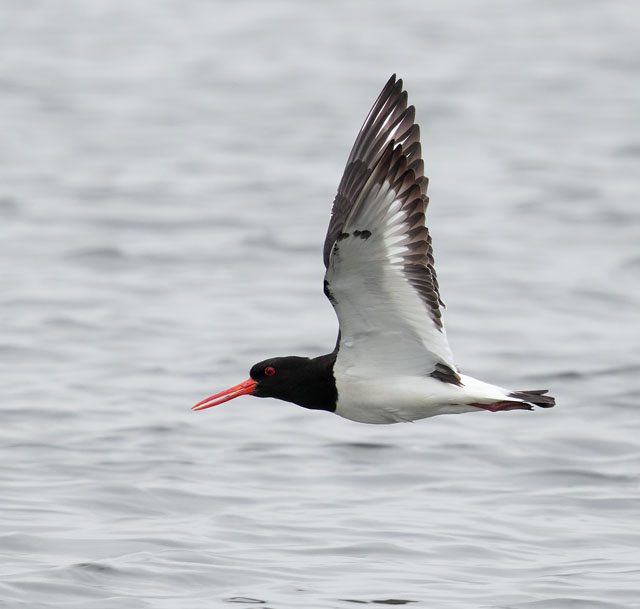 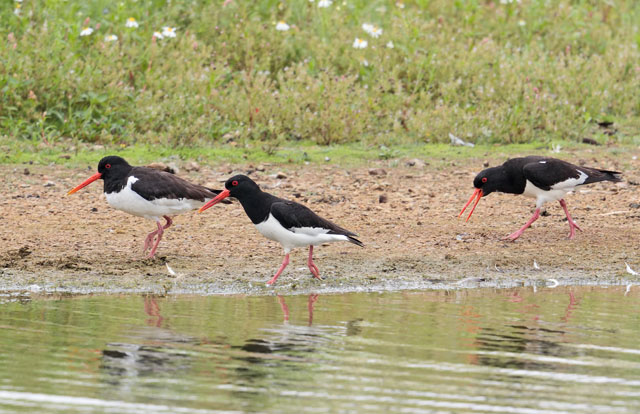 In the middle of another display "run"

Just as I was about leave, one of the Common Terns, that had hitherto been right down the far end, suddenly alighted on one of the posts in front of the hide, which allowed this shot to be taken (from inside the hide!): 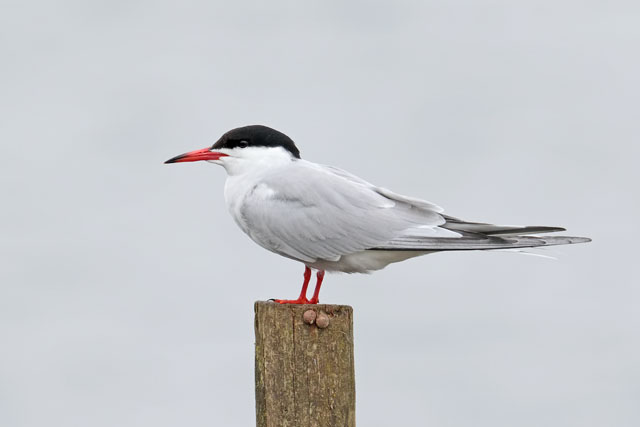 Common Tern - go to my website for a larger image
Posted by Stephen B at 14:21