A helpful text from Badger, received while at work, first alerted me to the Red-necked Phalarope that had been found earlier that day. As I still work full time, it is difficult to drop everything and chase after rarities, unlike many others in the county it seems!  But having missed the one at Bicester two years ago, I was keen to add this one to my ailing county list. So managing to escape slightly early from work, I  had to first dash home for all my optics and then head up to Farmoor. Consequently it wasn't until around 17:45 that I arrived in the car park (i.e. only just over an hour before sunset).

Walking up onto the reservoir bank, it wasn't long until I found a departing birder who told me that the bird had fortunately moved away from the NW corner of F1 (which is about the furthest point from car parking there is at the res) to the much closer NE corner. Arriving shortly afterwards, the phalarope was characteristically bobbing around in the "surf" at the water's edge. Only two others were in attendance. They then shortly departed, so I had the bird all to myself briefly.

Initially the bird was very much silhouetted against a low sun which wasn't conducive to good photography, but when this sank into cloud, the light was much softer which helped with these shots. Unfortunately I only had about 30mins on the bird before it became too dark for pics - even so these were taken at ISO 3200, in an effort to keep the shutter time to a minimum.

This bird was rather more cooperative, and just a bit closer than last weeks Osprey! 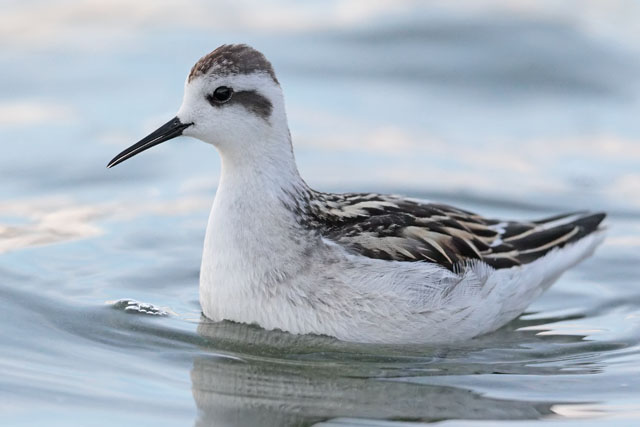 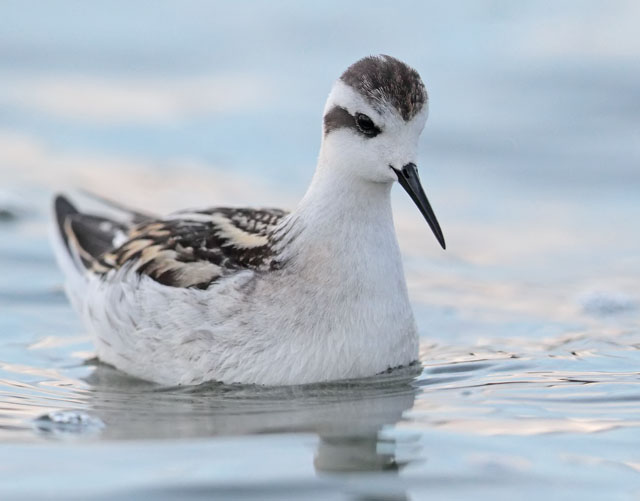 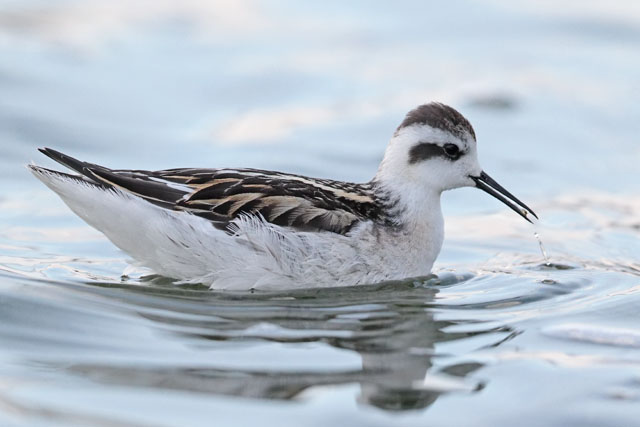 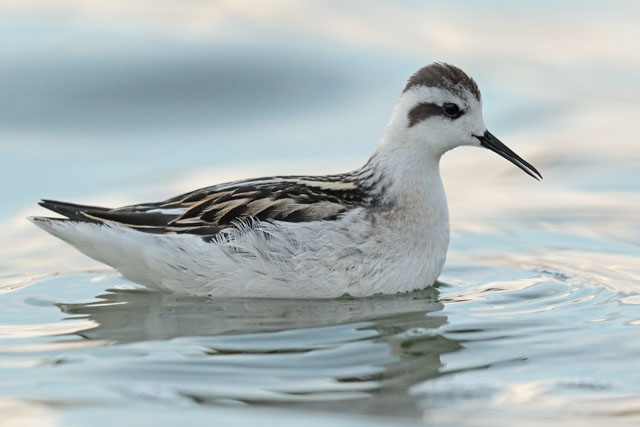 Red-necked Phalarope (juv)
Posted by Stephen B at 15:19