Apologies for the delayed posting on this one. I have only recently returned from a great trip to Texas, and have been busy wading through the pics I got there - more of which in a later posting!

Back in good old Oxon, on Saturday, the temperature was a tad down on the 30+C we had been enjoying for some of the time in Texas but I felt the need to get out. The University Parks had attracted my attention due to the great recently posted Goosander pics from there, so I tried it first thing.

It wasn't easy to find a way through the "works" by Lady Margaret Hall at the northern end of the Parks, but it does exist and allows the most convenient access from the nearby roads that have (expensive) metered parking. However unfortunately I walked the full length of the riverside path through the park, well beyond the weir and "rollers" and saw no sign of any Goosander nor much else besides - apart from some Wigeon on some floods on the other side of the river.

After this set-back I tried the more familiar Pit 60 Langley Lane Hide. The highlight here was the two Great White Egret already reported by Jim Hutchins. There wasn't much else of note around while I was there, apart from this Goldeneye that came reasonably close - perhaps due to the higher than normal water levels. 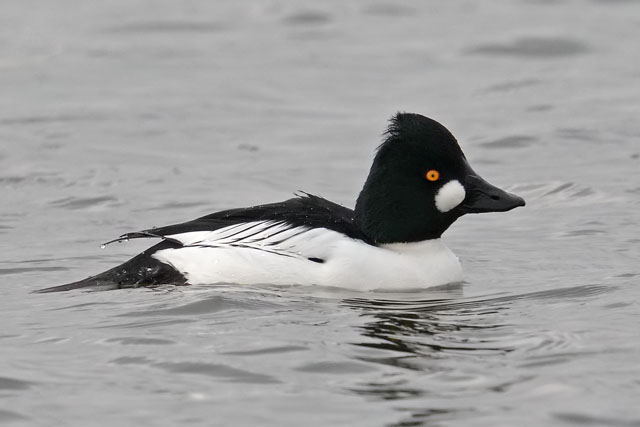