With a superb forecast of sunny, crisp conditions, and nothing much doing in Oxon, it seemed a good idea to revisit the Hampshire puddle I'd last visited a couple of weeks ago. With it being a nice sunny Saturday, I wasn't sure what the disturbance would be from fellow birders and the dog walker "opposition". In the event neither was too bad - in fact better than the half-term Monday of my previous visit.

Arriving mid morning, I found a few birders wandering around rather aimlessly, but I reckoned the spot I'd ended my last visit at would be worth another go. So that is where I headed for, and this time I came equipped for some judicious pruning before I got set up. Almost immediately a Hawfinch appeared, so close it more than filled the frame! Wow! 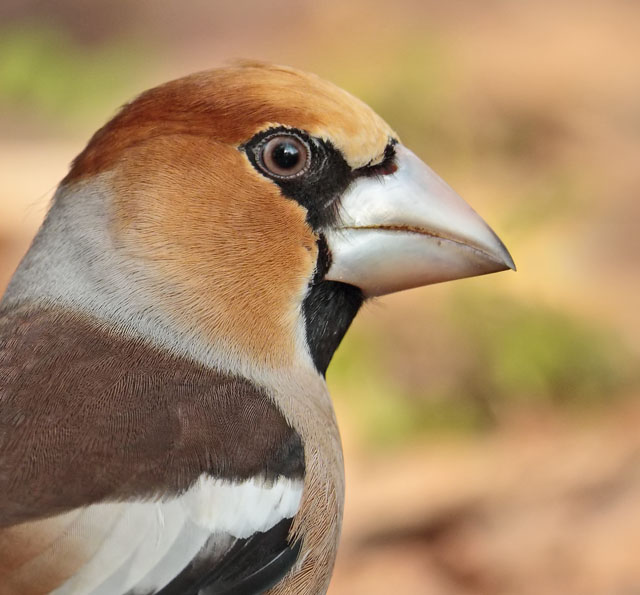 Clearly this was the spot to be, and even though I was soon joined by another friendly photographer, birds continued to appear at reasonably regular intervals, at varying distances. Most of my shots were somewhat spoilt by the nuts they seemed to be almost sucking or chewing on for long periods, but just a few were free from these. 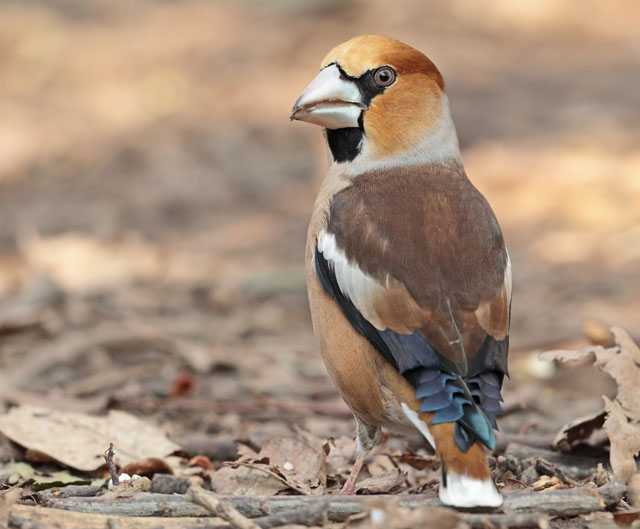 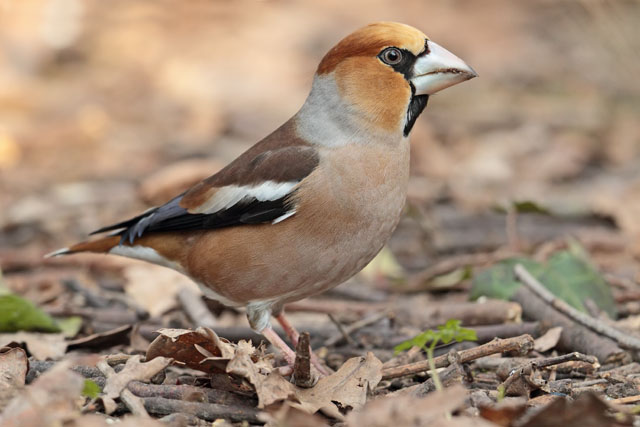 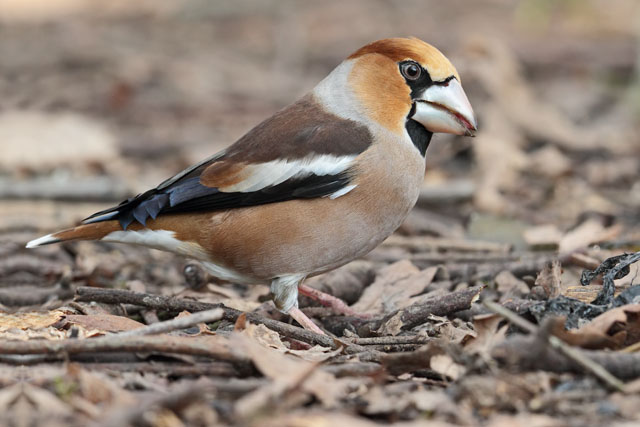 More Hawfinches on leaf litter under the trees

At around 12pm a local birder came over and said that the birds were also showing well on the puddle, just round the corner. So, pleased with the photos so far, that is where we headed, to find initially only one other birder and no sign of the 'cammo man', nor his moss!

I suspect that the main reason for the birds appearing this time was that there hadn't been much rain recently, and so other smaller puddles had dried up. Also the lack of a phalanx of standing birders may have helped. Unfortunately the main puddle was also showing the effects of the  'drought' and there wasn't enough in it for good reflections. It would have benefited from being topped up with water from the nearby canal.

Still the Hawfinches then showed quite well from time to time for the next couple of hours or so, in great light. Other birds in the area included one smart male Brambling but unfortunately I didn't notice it come down to drink. 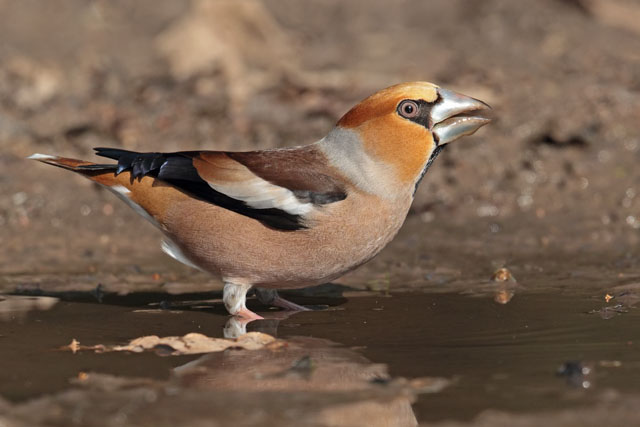 Hawfinch at the (shrunken) puddle

To see larger versions of these images, go to to this page on my website, and then click each one to enlarge further.
Posted by Stephen B at 15:33 No comments:

After a good deal of preparation my trip report for Australia in last October is finally available on my website!

This features a detailed account of the various places visited, birds seen and of course there are plenty of photos of the birds and other wildlife of this amazing continent.

The report is split into different pages for ease of navigation, as follows:

2. Singapore
Account of our 4 night stay en-route to our main destination. 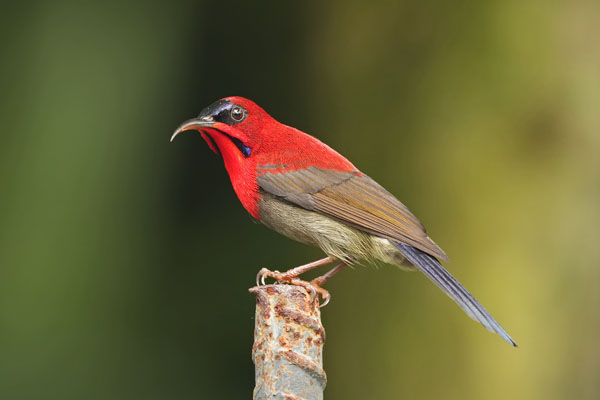 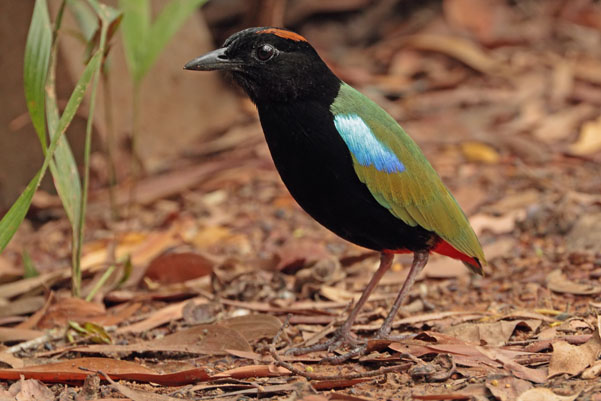 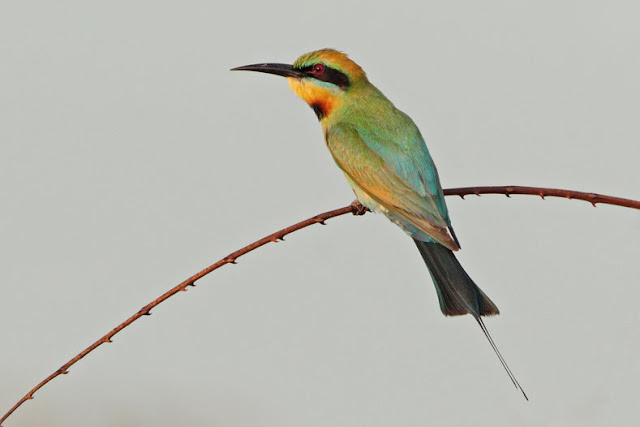 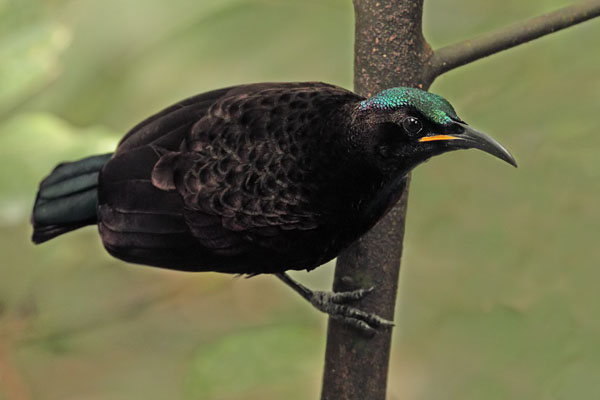 Victoria's Riflebird
5. O'Reillys
Phase 3. Only 3 nights but what superb birds - colourful, exotic and very tame! Shame about the rain... 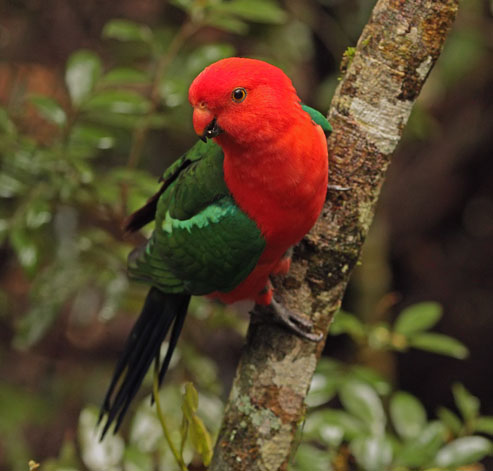 6. Lady Elliot Island
Phase 4. Close up views of breeding sea birds everywhere on an island at the southern end of the Great Barrier Reef. Snorkeling with Manta Rays. Another extraordinary place for birds and other wildlife. 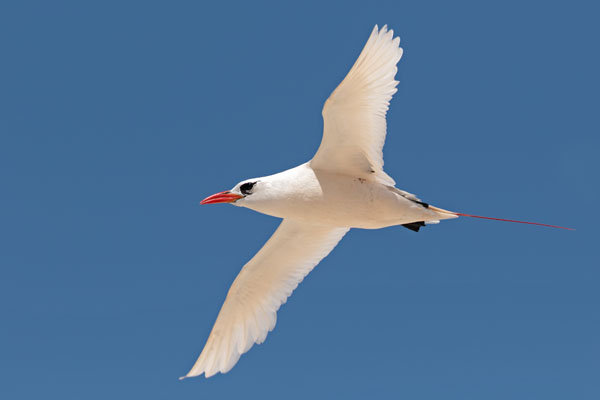 Red-tailed Tropicbird
Posted by Stephen B at 14:18 No comments: 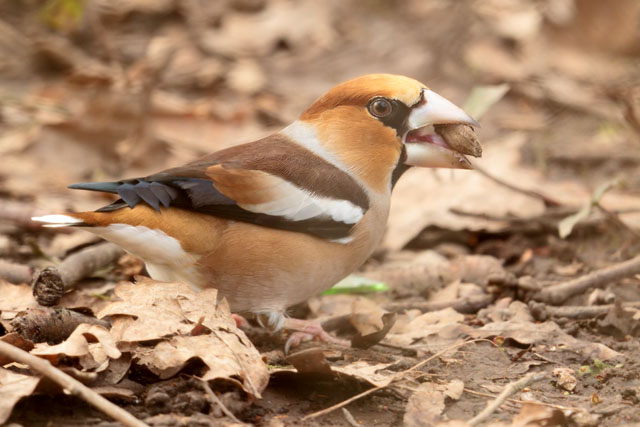 Hawfinch
Click here to see a larger image on my website
Posted by Stephen B at 20:30 No comments: