Full days of sunshine are at a premium at this time of year, and it was good to be able to go out of the county again, this time in search of one of my favourite birds - Short-eared Owls. Unlike last year, when I drew a blank, this afternoon I was more fortunate with at least 3 birds seen from about 14:00 onwards. Although most sightings were distant, once or twice they came closer.

This photo is one of the last I got, shortly before sunset, very much in the "golden-hour". I was surprised afterwards to see this bird was carrying a prey item  - perhaps a Field Mouse?

Any other suggestions on the prey item? 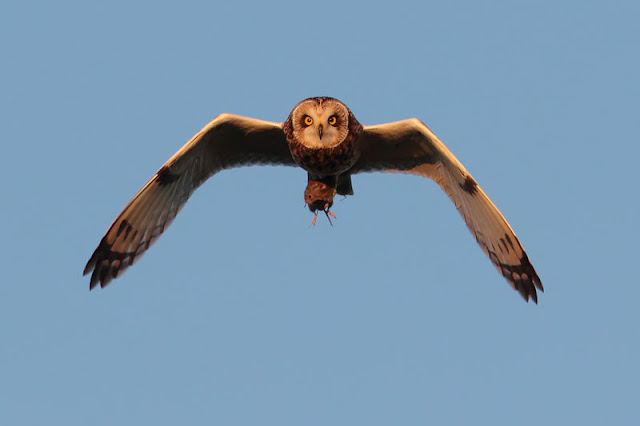 Short-eared Owl with prey.
To see a higher-res image, go to this page on my website.

The photo below was taken earlier on, and was of a hunting lower down: 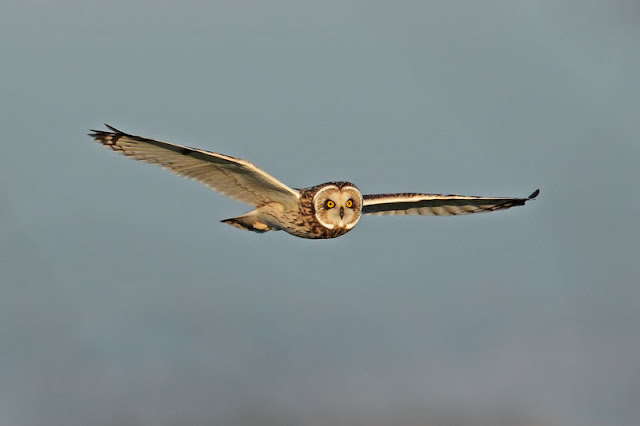 Short-eared Owl hunting.
To see a higher-res image, go to this page on my website.
Posted by Stephen B at 10:14 No comments: 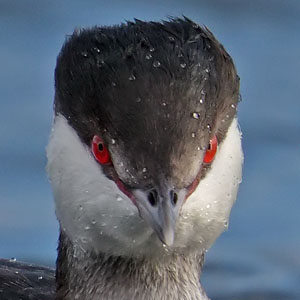 Fortunately I was already at Farmoor when Stuart found the Slavonian Grebe, having had fruitless but relatively short sessions in both hides (apart from a single Siskin briefly in the top of the feeders tree from the SM hide).

I spent some time waiting for the grebe to come close, which it didn't, before realising nearer views could be had from a bit further up on the W side of F2. By then the cloud had started to roll in, but fortunately the sun came out again briefly.

With the sun out, the huge contrast between the white parts on the bird and the rest of it caused some issues, but it is amazing what can be done with the computer afterwards! 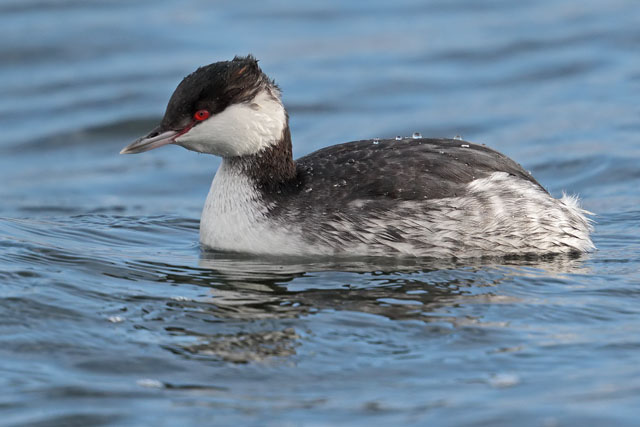 For a larger image, go to this page on my website. Slavonian Grebe
For a larger image, go to this page on my website.
Posted by Stephen B at 12:05 No comments:

See photos below from a remarkably sunny week on the north Norfolk coast in early December. En-route there we had a profitable stop at the Welney WWT which was completely flooded, with only the main hide accessible.

To see higher res images, go to this gallery on my website. For some further details on the trip, go here. 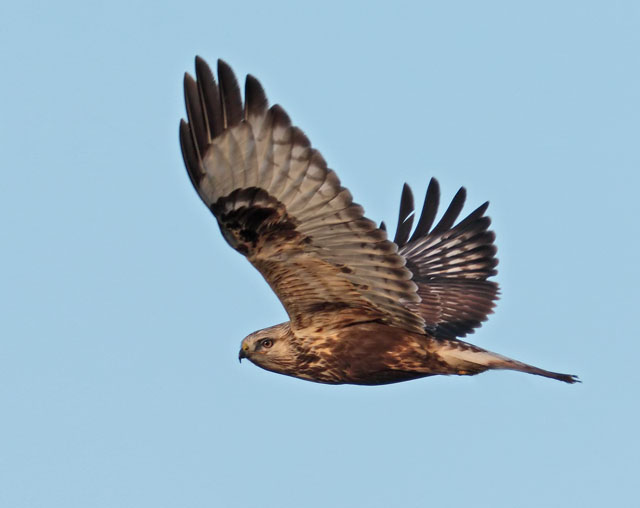 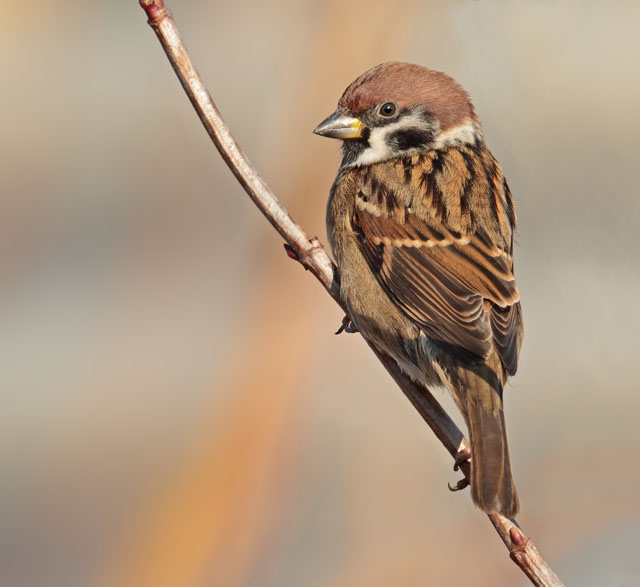 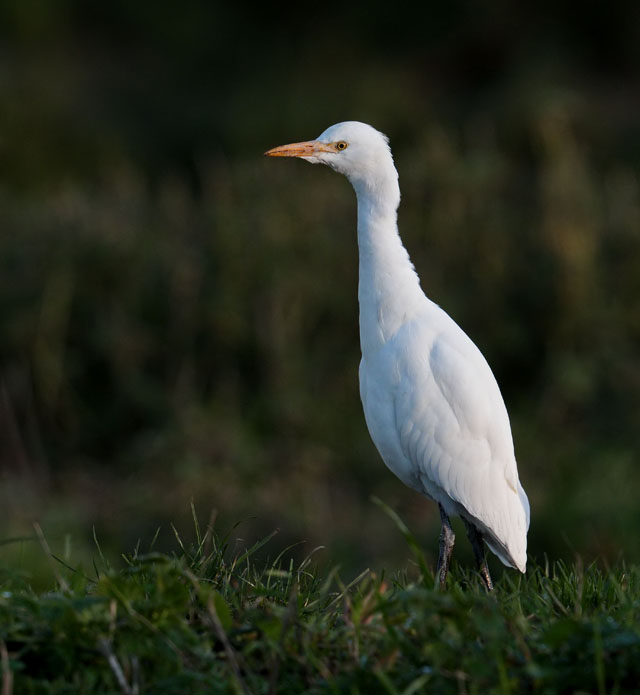 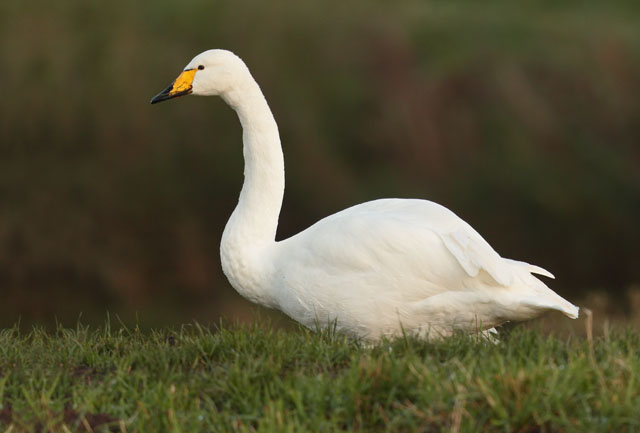 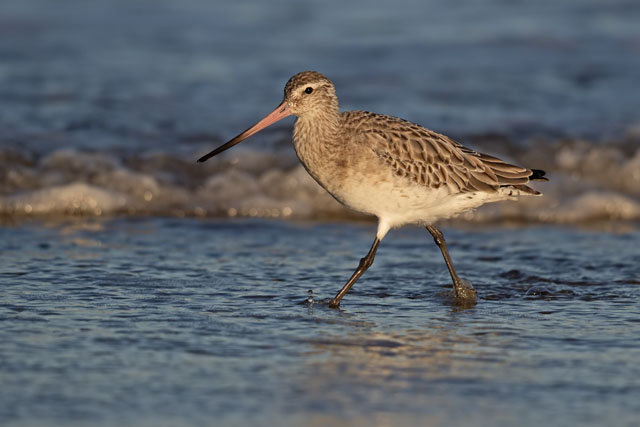 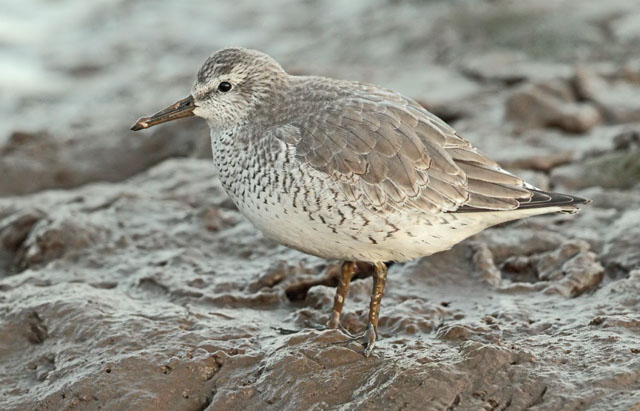 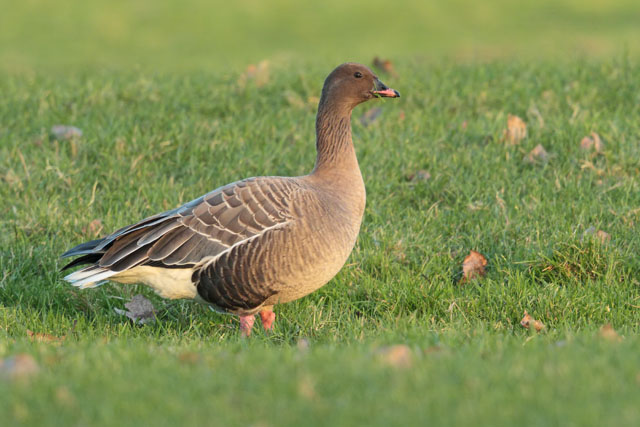 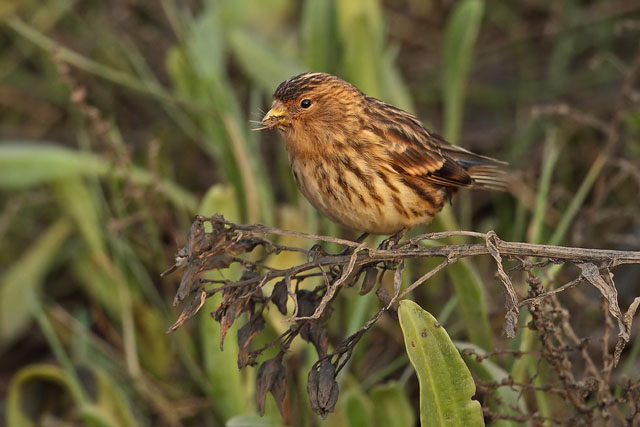 For some reason other birders seem coy over naming this site in Bucks, so perhaps I had better follow suit!

Keen for a change from my usual rather unproductive Oxon haunts, the draughty hide with no door overlooking a small reedbed came to mind, especially as I'd seen accounts from at least one other Oxon birder, who had had some success there recently.

With the hide being on the western side of the lake, it made sense to me to aim for an afternoon visit, and so after the morning rain had abruptly given way to much sunnier conditions, I set off for the hour long drive via Bicester, arriving around 12:15. I was initially dismayed to find two cars already parked in the tiny area available but relieved when one of the occupants shortly appeared and departed.

I found the hide occupied only by Rob, who it seems spends a great deal of time there. He reported I'd just missed a brief Bittern sighting, but the only previous one had been 3hrs earlier, and that there was now probably only one bird present. He also said that the high current water level was reducing the number of Bittern sightings considerably.

However after a mere hour of waiting, I spotted a familiar shape at the right hand edge of the right hand channel through the reeds. The Bittern then proceeded to wade/swim across the few meters of open water, taking about 20 sec to do so. Only when it had almost disappeared again did it emerge into sunlight (for about 1 second). Prior to that it had been in shade which gave a dark silhouette against the bright water. 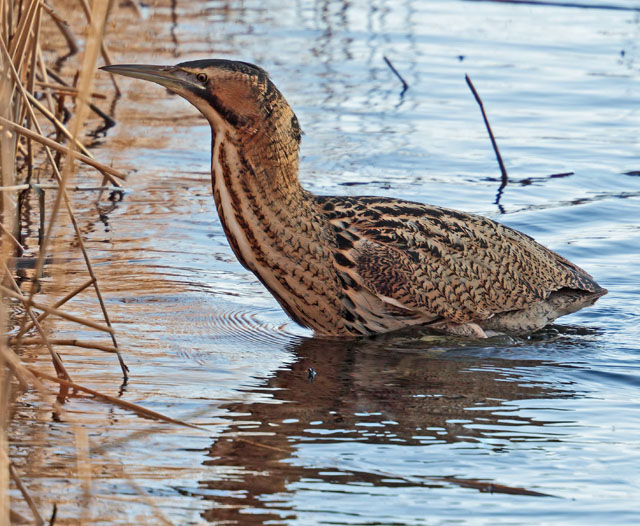 Bittern
For a larger image, go to this page on my website

Thereafter, the sun soon left the whole reed bed area but I spent a further couple of hours there without any repeat Bittern sightings, leaving around 15:15. Thanks to Rob for entertaining me with a succession of his phone-scoped videos, which included a remarkable one of a Water Rail attempting to drown a Kingfisher (that eventually escaped and managed to fly off, albeit weakly).

Talking of Water Rails, one was visible here for long periods and once it came to the near shore and  very briefly posed for a photo. 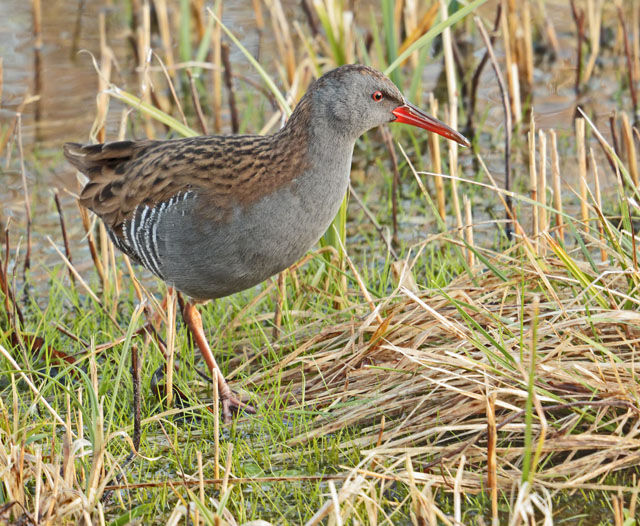 Water Rail
Posted by Stephen B at 09:35 No comments: