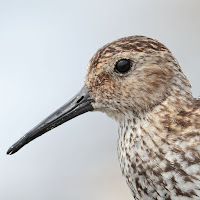 With my recently increased free time, I thought I'd try a speculative mid-week visit to Farmoor (probably almost my first ever!). Nothing much had been reported, but it seemed that autumn migration was just about getting underway, and the dragonflies might be good given the expected hot conditions.

Arriving shortly after the 08:00 opening time, the causeway was initially quiet until I got almost over to the far side, when I encountered an adult Dunlin, still with its black belly. I only managed distant shots, and then met Dai on his way back.

A few minutes later he was excitedly pointing out a splendid group of 10+ Black Terns that had just flown in! They appeared quite close to the causeway twice but then disappeared, so I carried on with my plan of trying the various hides and pools down by the Thames for dragonflies in the continuing very hot weather.

Buckthorn and Shrike Meadows were relatively quiet with only a few Brown Hawkers and 1-2  Black-tailed Skimmers seen.

Moving on, the path by the Thames along the back of Pinkhill was more productive, with this obliging Common Darter, closely followed by an amazing small area that had at least 10 Brown Hawkers all hawking around over it. There were also a couple of Southern Hawkers and 1-2 Emperors as well. 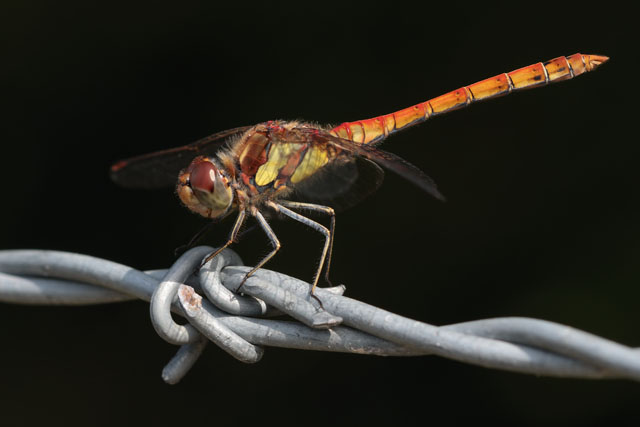 The Pinkhill hide was pretty quiet with only a few relatively distant Brown Hawkers and one or two Reed/Sedge Warbler keeping well hidden except for the occasional short flight from one set of reeds to the next.

Returning along the causeway, the Dunlin was still present, so I set about trying to get a closer photo than before, this time with a more successful end result: 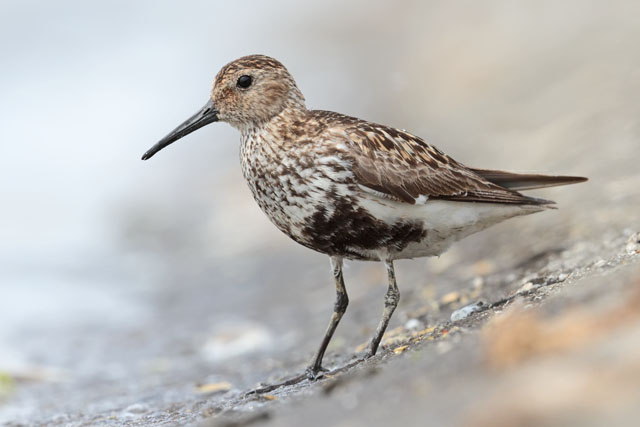 Thereafter, I was almost back at the car park when I came across a person with a 'scope who said the Black Terns were still present - but in the far SW corner of FII. So I made my way there, only to find they were quite distant, with six all resting a reasonable way out beyond the pontoon. Still it seemed worth some shots. When they flew off to feed it was unfortunately away from the shore, so I didn't get any flight shots.

Still a more successful visit than I was expecting!

Four of the six Black Terns
Posted by Stephen B at 13:43 No comments:

With the continuing hot weather, and Ewan's recent success with Purple Emperor photos it was clearly time to make an overdue trip to this remote corner of Oxfordshire.

I arrived around 10:45 to find a large group of butterfly enthusiasts all looking down at something on the main track not 50 m from the car park. Sure enough it proved to be a magnificent Purple Emperor but it was in the shade, unlike previously when I have always seen them in the sun.  So unfortunately there was no chance to attempt to get a photo showing the iridescent purple on both wings (something that has eluded me in the past). Also with so many people around it wasn't surprising that before long it took off and disappeared along the path. Purple Emperor - showing a hint of purple on the right wing, even in the deep shade.

Thereafter, the butterfly group departed along the path, leaving a small number of keen watchers, including Ewan, Winston and Stephen. However as the morning wore on nobody could find any more Emperors - with some speculating that it was too hot for them, which might explain why even when they showed, they were sticking to the shade. Also it seems their short season is probably coming to an end - as they have been on the wing for a whole 2 weeks!

Remaining interested centered around a path-side Oak tree just a little further down the path that held an amazing number of Purple Hairstreaks, some of which were coming low down, well within camera range. Not an easy subject though as they twisted and turned just frequently enough to hamper photography. 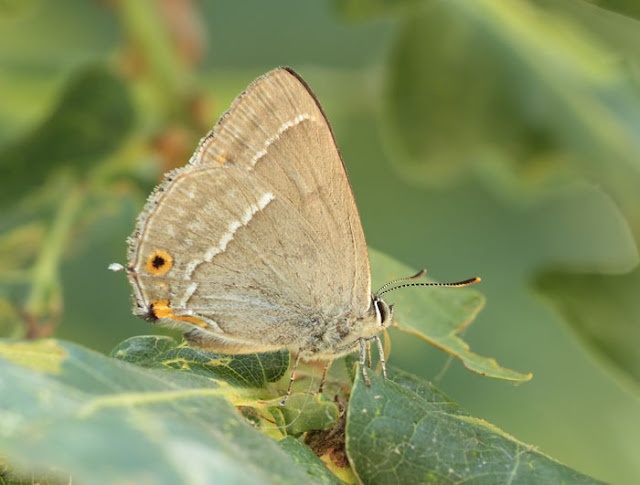 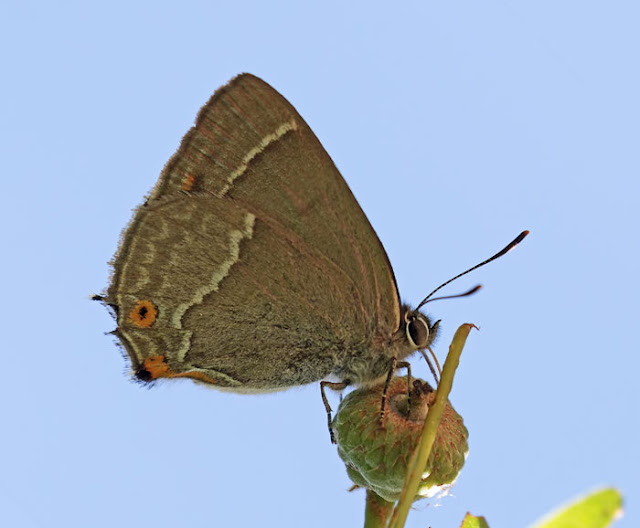