For as long I can remember, sitting out in the garden on fine summer evenings has been to the accompaniment of House Martins overhead which used to breed up the road. In recent years numbers may have dwindled somewhat but this is year the recent fine weather only makes their absence more obvious and saddening. It is possible there is one pair left, but if there is, they are rarely seen or heard in our airspace. 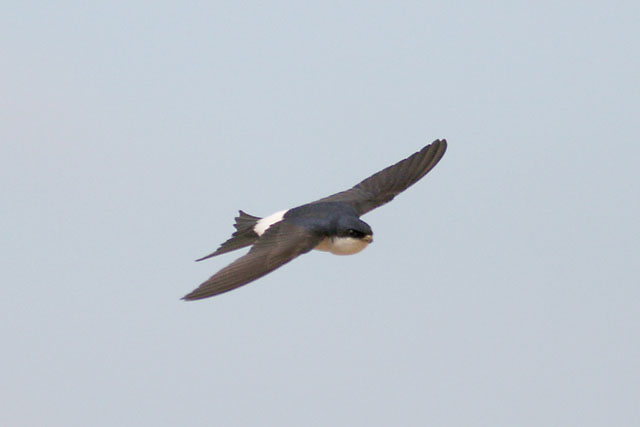 That other charismatic aerial feeder, the Swift, is also notable by its absence this year. Going back just a few years, we frequently saw screaming parties of these. No longer sadly. There were a few in Wantage town centre this morning but we've seen only one this year over the garden, and that wasn't  screaming. 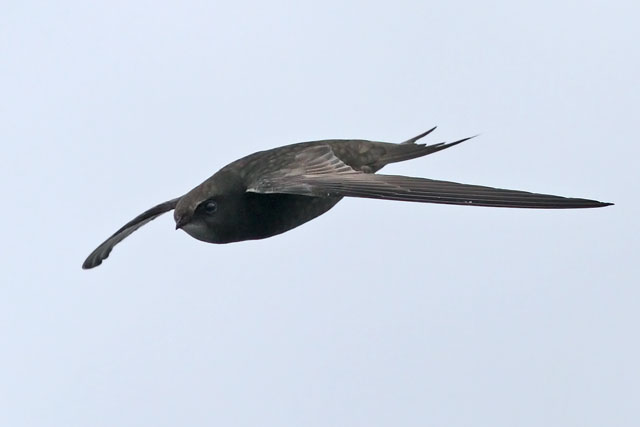 Swift at Farmoor - also taken some time ago

Are others noticing this silence as well in the county, I wonder?

Is this a one off or a sign of things to come as the world gets more and more hostile to our migrant birds?
Posted by Stephen B at 20:40 3 comments:

As it is pretty quiet in Oxon at present, and the forecast wasn't good enough for dragons, today I decided to head back to Thursley Common for another session with Colin, before he departs on the long and hazardous journey south to Africa and possibly back again next year.

Again I arrived mid-morning but this time I found he had already been seen at least once. I settled in for a longer stay that last time, when it had started to rain early afternoon. In the 7 hours or so I was present, he appeared three times. The supporting cast had dwindled to just one (ringed) male Redstart - that was clearly feeding young. Towards the end, I tried for some landing shots for the first time, assisted by another Colin and a younger helper! 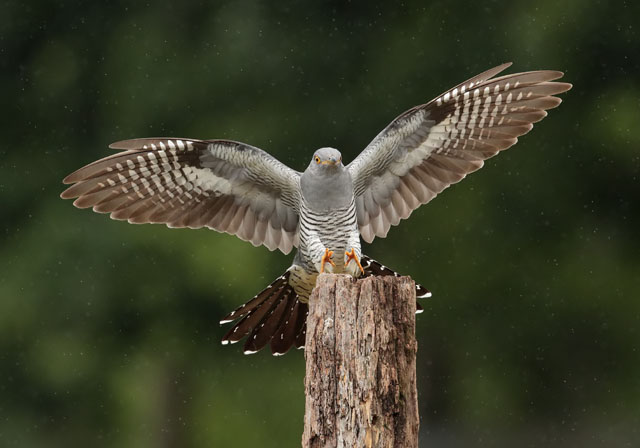 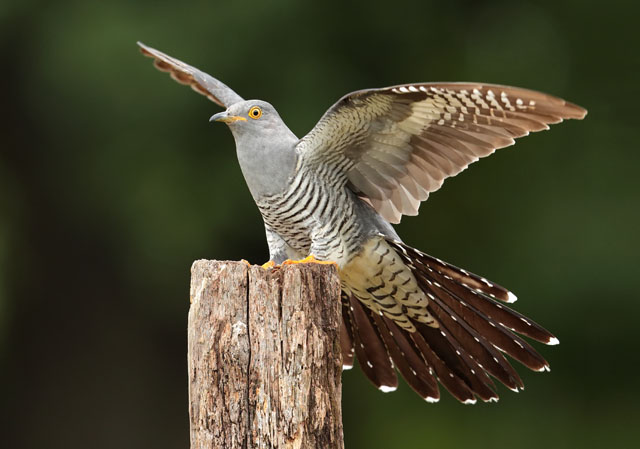 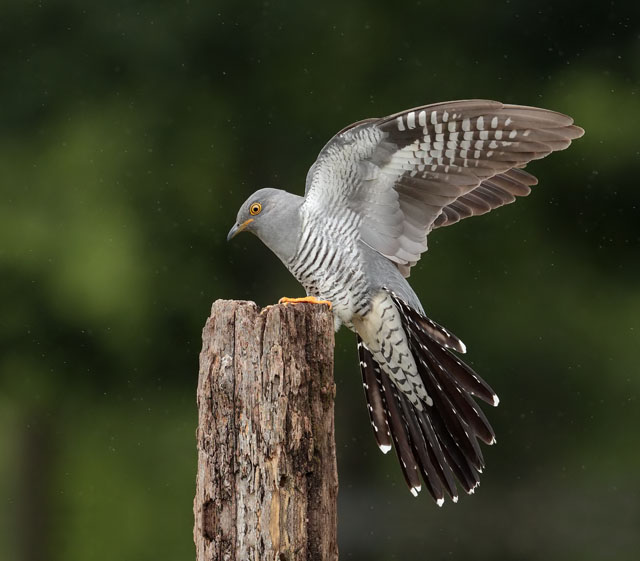 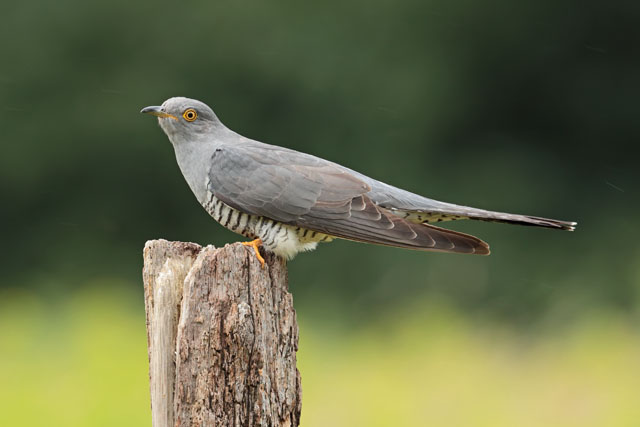 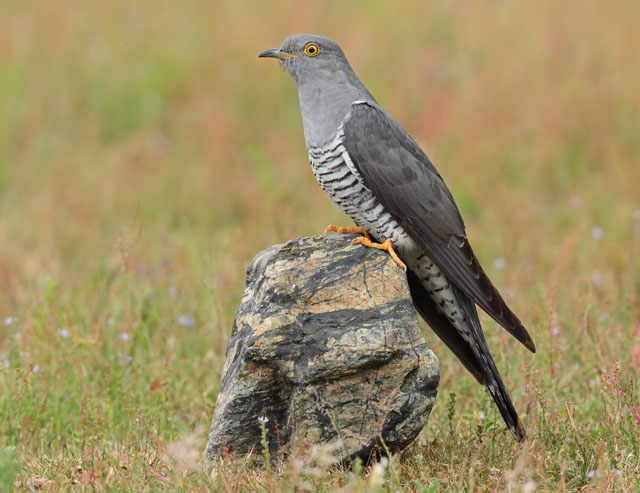 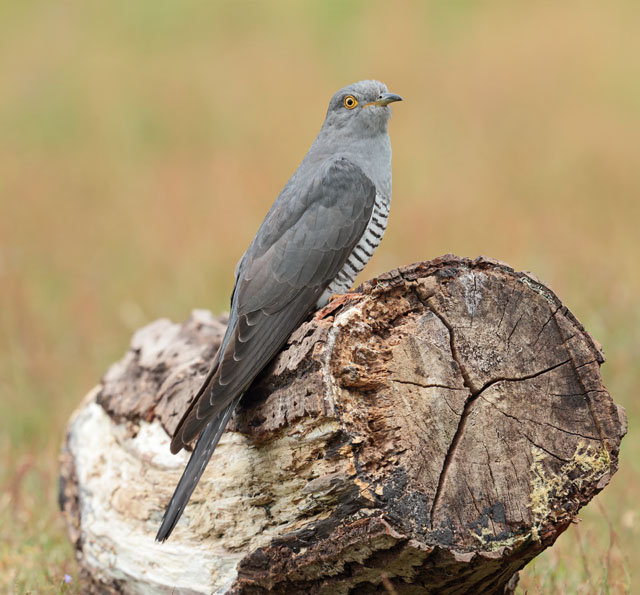 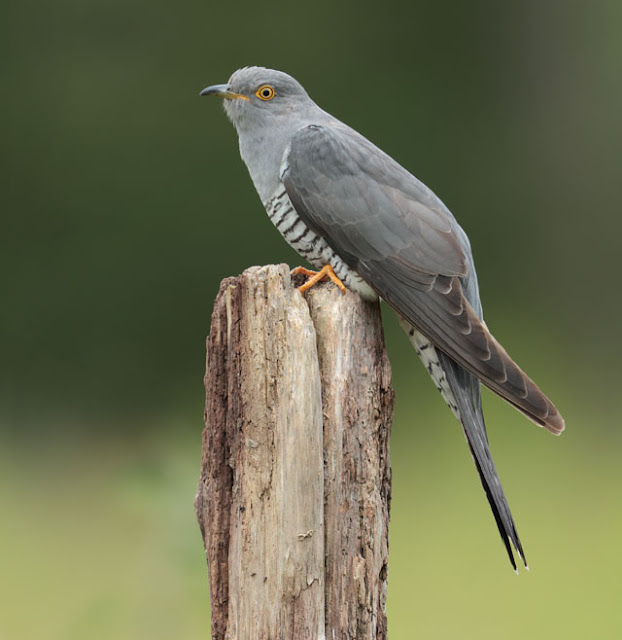 For a gallery with all my Cuckoo shots, go to here
Posted by Stephen B at 20:59 No comments:

In the lovely fine weather, walked from Goring to the railway bridge and back. Had a brief view of a Clubtail somewhat before the bridge at SU603795. Unfortunately it flew off and vanished before I could get a good photo. Nevertheless, it is clearly a male (the secondary genitalia can be seen) and there is a tinge of green on the abdomen, which is a hint of maturity (not often seen)

Other species included many Banded Demoiselles, 1 Blue-tailed Damselfly and a few Red-eyed Damselflies. 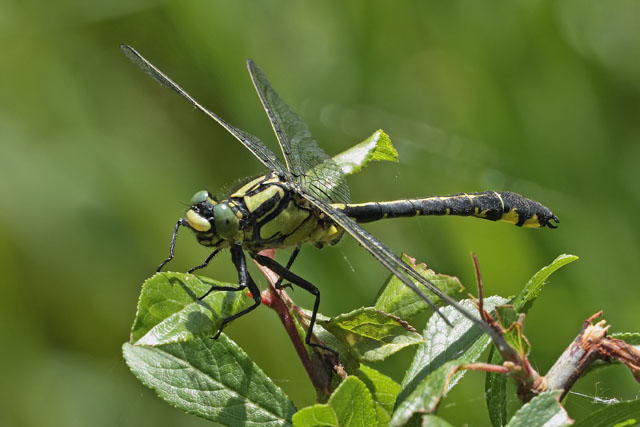 For all the latest news on dragonflies in Oxon, go to this page on my website
Posted by Stephen B at 20:39 No comments:

I headed to Farmoor this morning without much expectation of finding much about. Perhaps the odd wader lingering still on the causeway would at least be something.  Arriving at about 08:20, I was surprised to find various other birders hanging around - who explained it was Tom's walk today - being of course the first Saturday of the month.

Walking up onto the reservoir basin, a text was received from Dai saying there was a Black-necked Grebe at the SW corner of F II - of course as far from the car park as it is possible to get! But having already seen and photographed the earlier the BN Grebe in much better light than today, I thought I'd give it a miss and instead headed over the causeway, as per my original plan. Meanwhile everyome else on the walk headed off clockwise round FII. Reaching the far side of the causeway without seeing anything, I headed down to the Pinkhill Hide.

Just as I had opened the shutters,  I got a text from Badger (thanks mate!) saying the BN Grebe was actually a Slavonian. This was of much more interest, as it was sure to be in full summer plumage. So I decamped immediately and headed down to the southern end of F II, where the bird was well out from the bank. It then shortly flew off towards the east bank, before returning the pontoons somewhat later. Here it came a bit closer briefly but most of the time it was well out from the bank. After sometime it flew off N towards FI and I decided not to chase it any further. 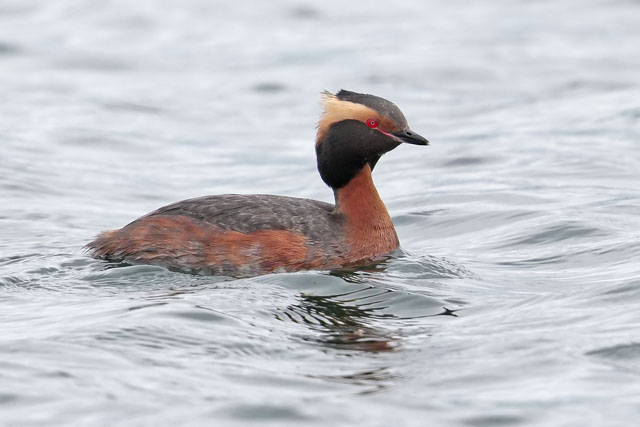 Getting back into the car, the weather, which had been very grey and overcast, started to brighten up, so my thoughts immediately turned to dragonflies. Dry Sandford Pit wasn't far off, and in the same general direction as home, so I thought I'd try there to see if any Southern Damselflies had emerged yet. Arriving there, it was good to find a few showing in the still fairly dull conditions. It then brightened up properly and several more emerged - there must have been at least ten present, possibly considerably more. 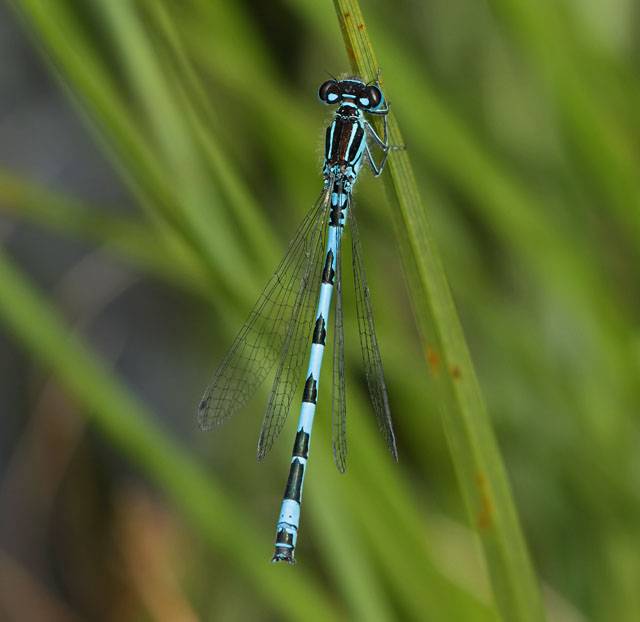 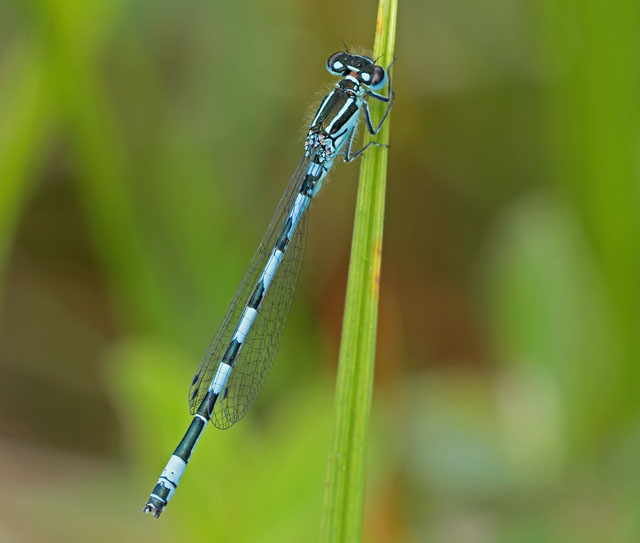 For all the latest news on dragonflies in Oxon, go to this page on my website
Posted by Stephen B at 17:18 No comments: