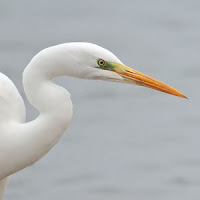 Today was a dull day but reasonably productive. Arriving at the LL hide I found quite a few Wigeon close to the hide, but as I set up and very carefully opened the shutters, they drifted off to a less useful distance. Other interesting birds were few and far between, apart from one Great White Egret along the N shore.

After some time in the LL hide with nothing but some passing, too distant, Wigeon for interest, it was time to up sticks and try the N shore hide, especially as the GWE seemed to be closer to that hide, although it was showing no sign of getting any closer.

The advantage of a dull day at Pit 60 is that the light isn't then too bad at the N shore hide.  In fact the duller the better from that point of view! After only a short amount of time at the N shore hide, I was surprised to see some GWE action, with two birds in flight together very briefly. Hand holding the 500mm lens with the x1.4TC on for flight shots is not my preferred photo mode, but in the time available it was all I could manage. Still, a couple of the resulting images weren't too bad: 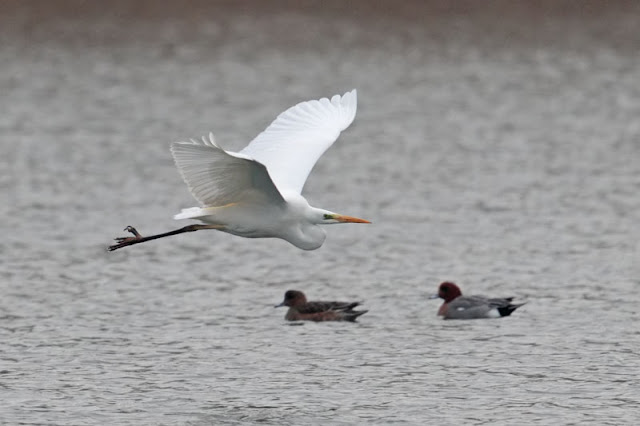 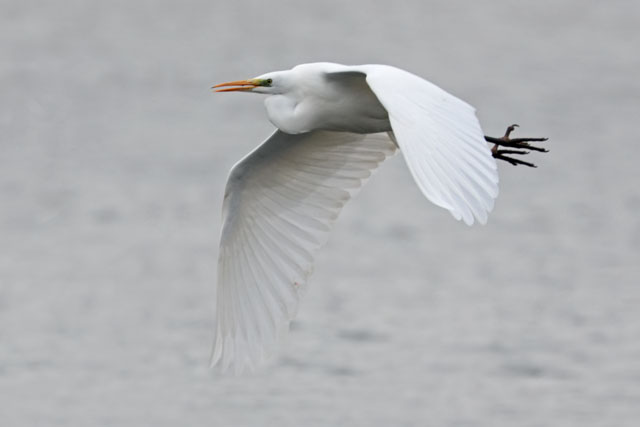 Thereafter, one of the birds disappeared while the other returned to its favourite channel along the back of the N shore. After some time, it showed some suggestion that it might be moving in my direction, so I stayed around for a bit longer. Sure enough it finally did start to walk in a purposeful but slow manner along the shore towards the hide. Keeping well inside the hide, I hoped it would pass right by, but it sensed movement at one point and was off! Still with the long lens, it was reasonably close at its nearest point: 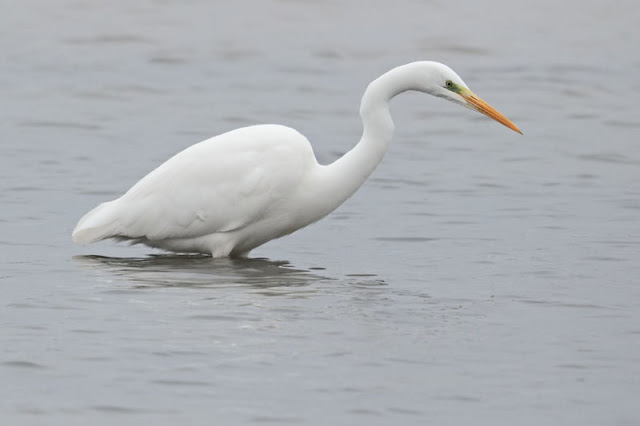 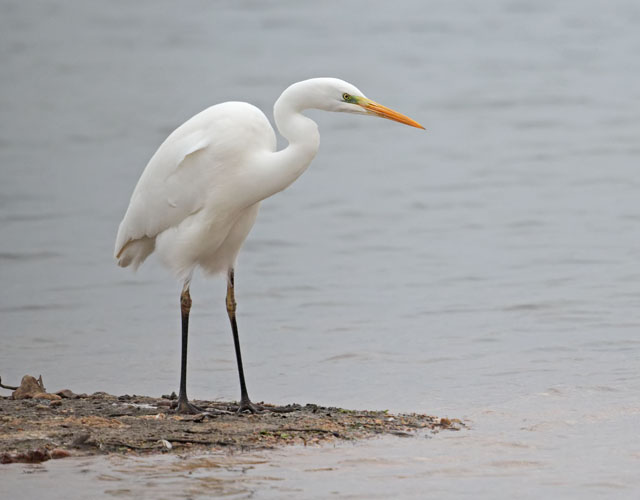 For larger versions of these images, go to this page on my website.
Posted by Stephen B at 17:42 No comments: