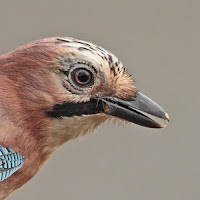 I tried a new site today, just over the "border" in Wiltshire (but closer for me than many Oxon sites). My main target was Jay, as this is a bird I've never photographed before. After a fair wait, one duly appeared - just as I was packing up to go! 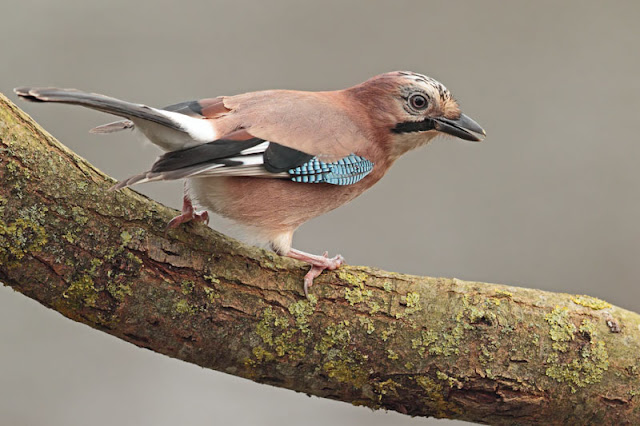 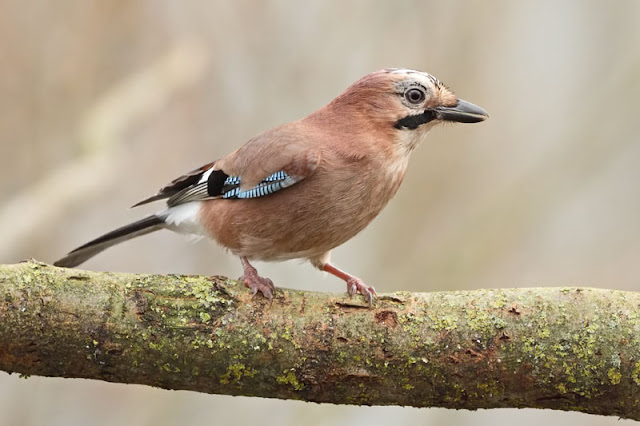 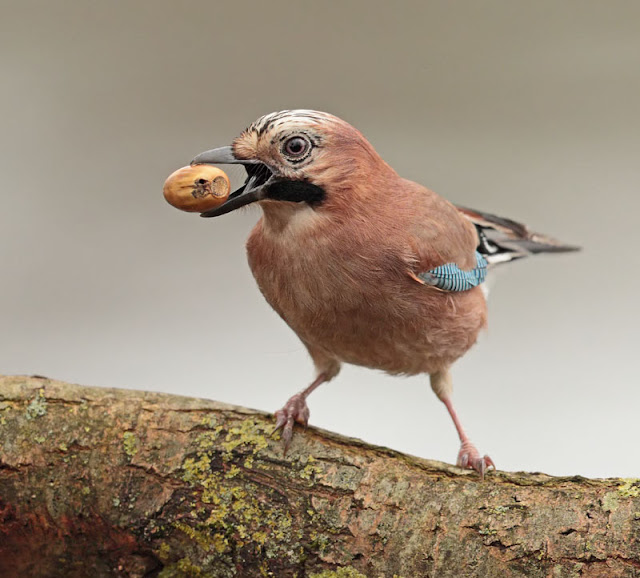 Supporting cast included at least two Water Rails that were pottering around in a remarkably fearless manner for prolonged periods. 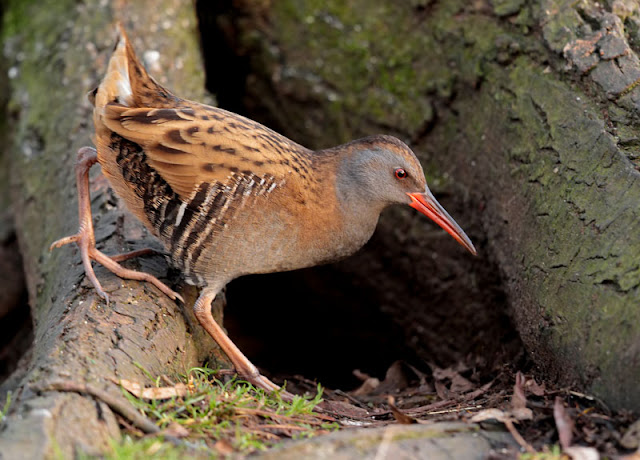 There were also plenty of the common tits, including Coal. 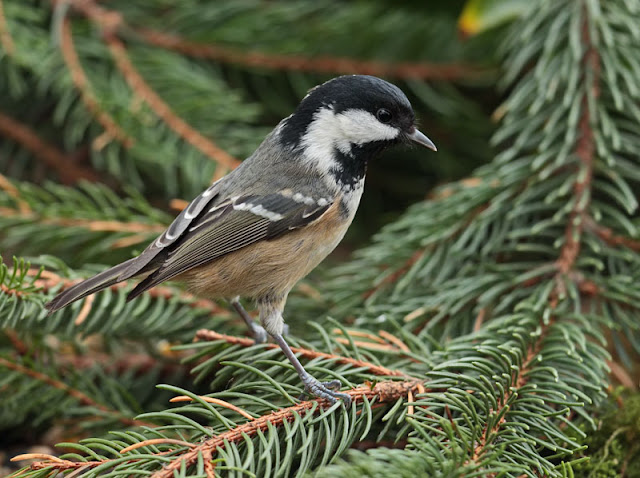 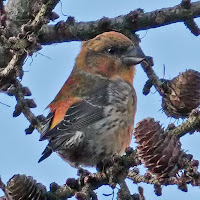 With the weather much improved by lunchtime, I thought it was time for my third attempt to photograph the Buckland Warren Crossbills. On my first morning visit, several weeks ago, I failed to see any birds.

More recently, on my second morning visit, I arrived by chance at exactly the same time as the Old Caley's - for a detailed account of that visit see the Old Caley's Dairy. However from my point of view, this visit showed it can be difficult to locate feeding Crossbills (they are very silent). Also in the 15min or so they were on show in the morning, I failed to get any satisfactory images.

From other accounts, afternoon appeared to be perhaps a more reliable time, hence the reason for this 3rd attempt. I arrived on-site around 13:15 and initially neither saw nor heard any sign of them. But fairly soon, I suddenly noticed a Crossbill in the top of a tree close to where I was waiting! It was even in the sun, but quite distant: 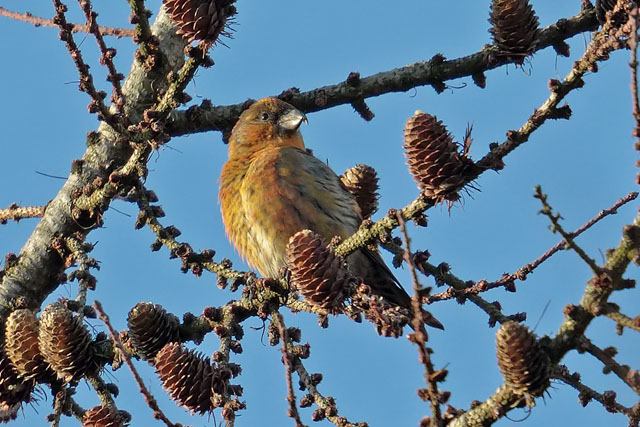 Crossbill near top of a larch

Shortly afterwards, I heard a short burst of "chipping" and a few more Crossbills, including at least two males, flew into a slightly nearer tree and immediately started feeding. At this point, I tried switching from the x1.4 converter to my newly acquired x2 converter - to see if the extra magnification would help for these still quite distant birds.

These birds stayed feeding in this tree and then another a nearer one for more than an hour, but by that time the light had gone and it was time to leave.

Although they were visible for a prolonged period I found that feeding Crossbills rarely pose for more than a second or two. In addition all the branches would often move around wildly in the gusty wind and the sun kept going behind clouds and then reappearing. So not ideal photographic conditions!

Unfortunately at this site, from the photography point of view, the light is much better in the morning, but it seems the birds prefer the afternoons! 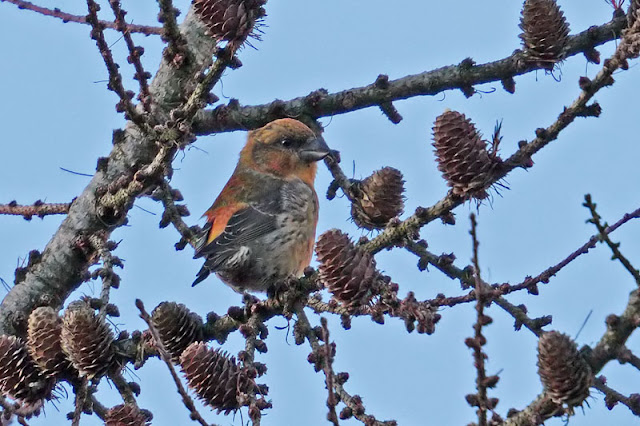 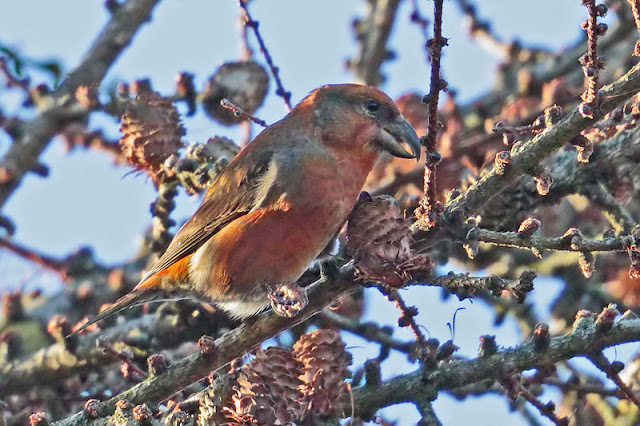 Male Crossbills
Posted by Stephen B at 11:46 No comments:

Spent a few days recently in Speyside following a business trip to Aberdeen. My focus was on photography of Crested Tits and Red Squirrels, both courtesy of Neil McIntyre. Following an atrocious day in Aberdeen, the weather further west on the following days was better with only a little gentle rain and light winds. Light was generally poor though - which meant having to push up the ISO and using  max aperture. Unfortunately too early in the winter for any genuine snow in the pics, though.

See a selection of my photos below. For additional and larger images go to this page on my website. 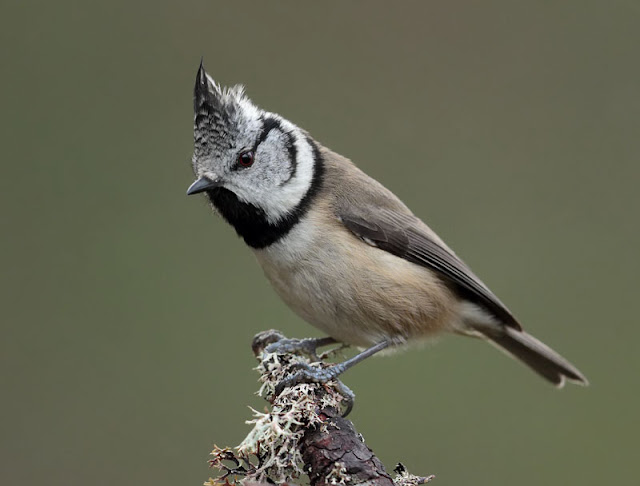 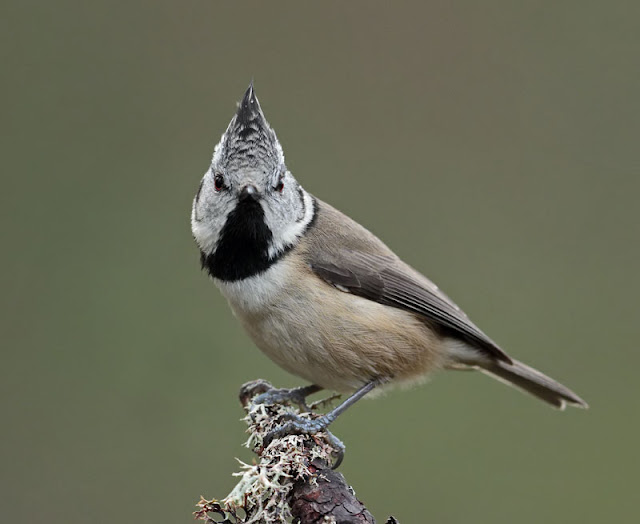 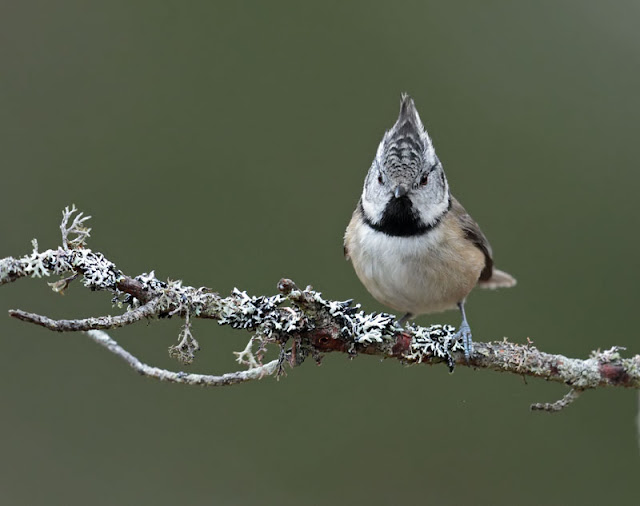 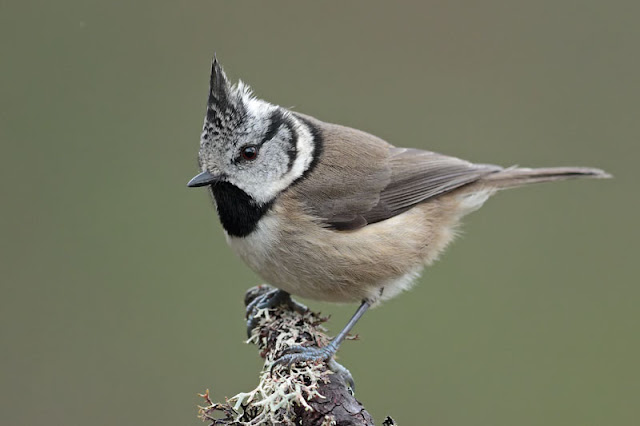 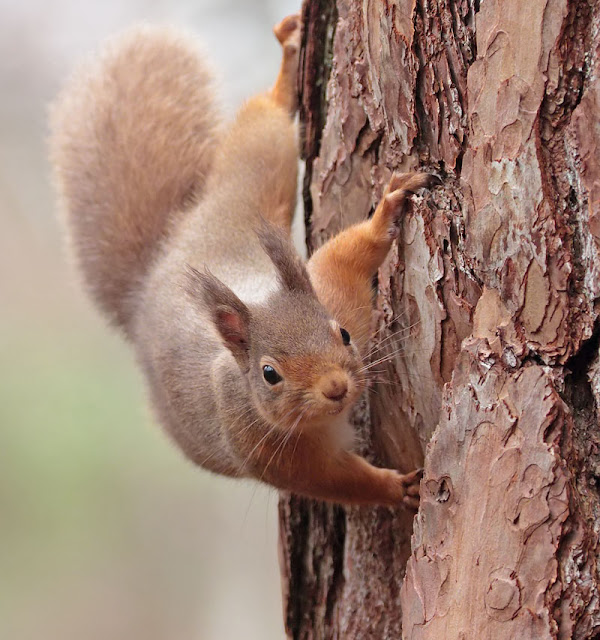 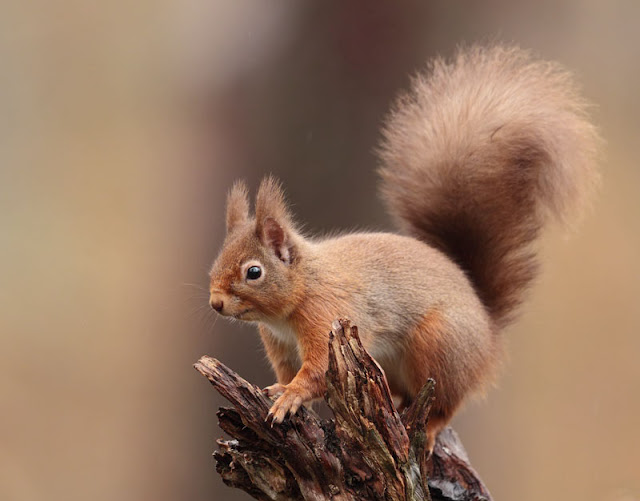 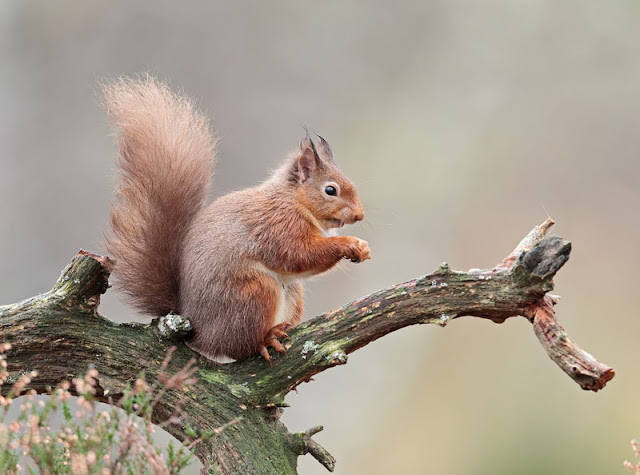 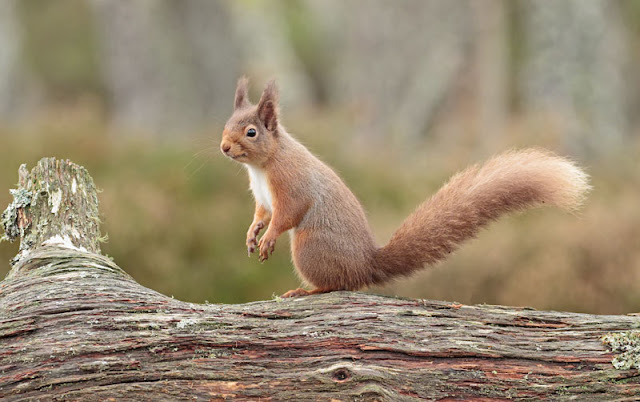