After Colin the Cuckoo's brilliant showing on 26 May, I went back a couple of weeks later hoping for more with better lighting conditions given the forecast for full sun. Arriving around 4pm, I was surprised to find only a very small number of other photographers present. Apparently there was a reason for this, and it wasn't good! Colin had become very erratic in the last few days and so clearly many had decided it wasn't worth trying for him again. I was told that today, since 9am, he had been in once for about 20min at around 3pm.

Very shortly after I arrived, three of the others departed leaving just one other person and myself! After awhile even he departed, so I had the last 45mins of sun on the perch with the place to myself!!

Unfortunately while I was there there was no sign of the star performer. This showy Redstart was however considerable compensation in the superb early evening light. 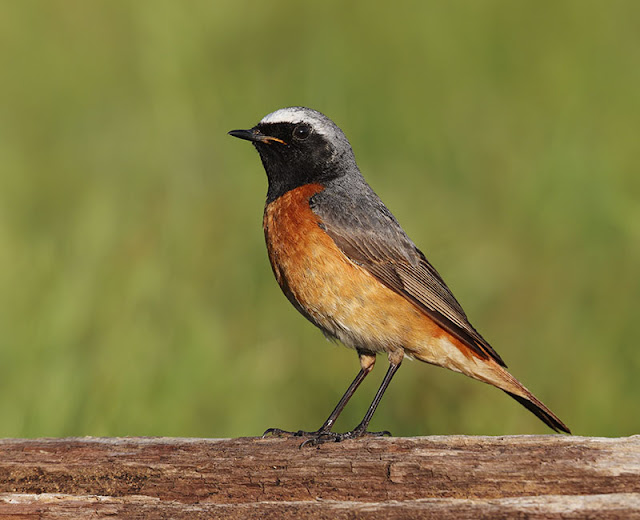 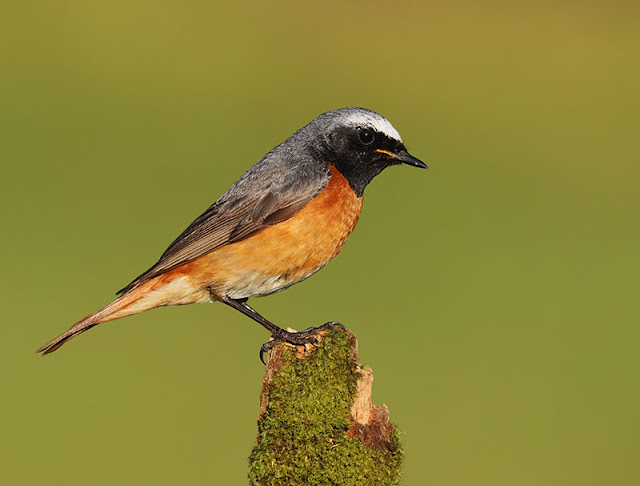 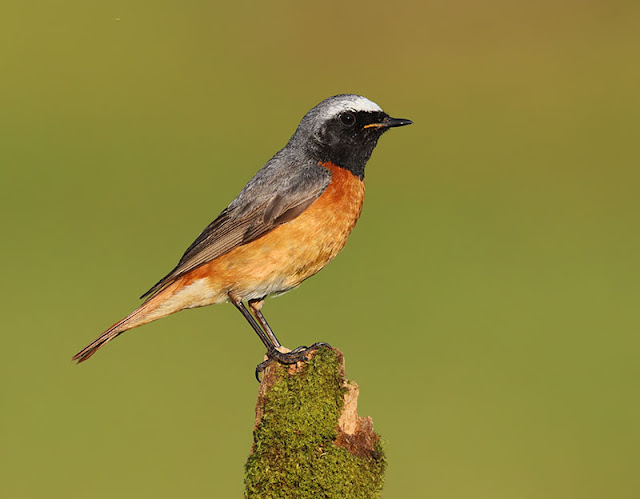 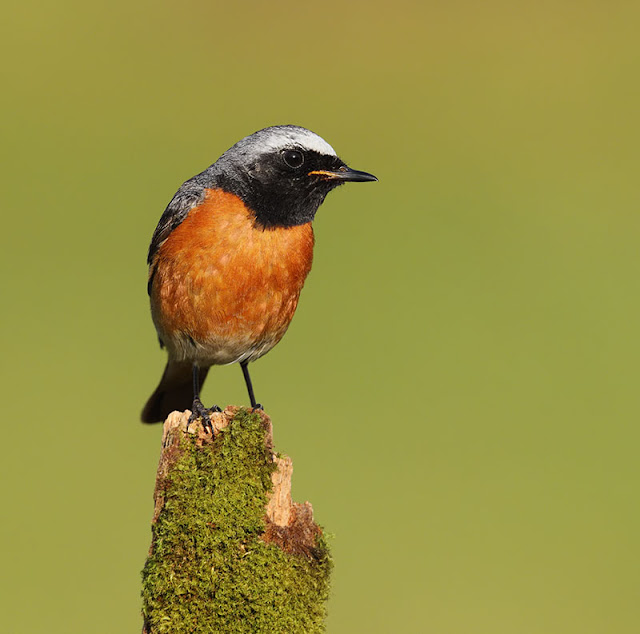 As many of you will know, Thursley Common in Surrey is the site where a Cuckoo, nicknamed Colin, has been returning to for many years now. He is remarkably tame having become used to all his admirers who keep him well fed with meal worms.

This year he again returned in early April, but I heard that large numbers of people (up to 50) were present early in the season. Also his appearances during the day sounded more erratic than previously. This didn't sound good, so I decided to wait until well into May.

Based on last year's experiences, I found it best to arrive mid/late afternoon and wait until the sun sets below the surrounding trees as he usually visited late afternoon/early evening from around 17:00 onwards.

So it wasn't until 26 May this year that I decided on the gamble of another late afternoon/early evening visit, arriving around 16:30. On arrival I was told Colin hadn't been seen since lunchtime and that he generally hadn't been performing "properly" this year.

However at around 17:30, in he flew for what turned out to be mammoth stay, not finally departing the area until around 20:00, i.e. a remarkable 2 and a half hours later, by which time of course the light was very poor.

The one downside today was that the weather generally wasn't as good as forecast with much more cloud than I would have liked, and only a few brief sunny interludes.

As well as staying for a remarkable length of time, I was extremely fortunate to find only around 7 other photographers present, virtually all of whom were trying for flight shots as Colin flew between the perch and the ground and back again.

Prior to this session, I had thought it would be interesting to try my new Canon R5 for flight shots. As it turned out, I was amazed at how well it performed. If I could keep the bird in the frame (not easy), the camera's amazing auto focus would usually do the rest, resulting in large numbers of in focus flight shots. This would have been completely impossible with my old Canon 7D Mark II, which would have simply found the background and focussed on that virtually every time.

As the light wasn't great most of the time, very high ISO settings were needed, especially towards the end of the session, but  another of the R5's benefits is its relatively low noise levels, compared with the 7DII, and I've managed to supress the noise reasonably well in the post processing.

Postscript:  I returned on Tuesday (8th June) but regrettably there was to be no repeat of this amazing performance as he did not appear while I was there.  There had been only one 20min showing at around 15:00 all day. A showy Redstart in the gorgeous early evening light was some compensation, I suppose.

For a gallery of all my photos from this amazing session, click here.

For larger images of any the photos below, just click on the captions.