Spent a couple of days in one of our increasingly regular haunts - Weymouth. Advantages include the path along the W side of Lodmoor where the birds are generally remarkably tame - clearly they have become completely used to the constant human traffic. Normally wary species such as Teal, Shoveler and Blackwit can be viewed (and photographed) at remarkably close range.

This time however I was only interested in one species - the Lesser Yellowlegs which has spent the winter here and also assumed the same habits as the regulars. I visited here there times and on each occasion it was frequenting almost exactly the same spot just a few meters from the path. Only on the last visit did the conditions do it any sort of justice. 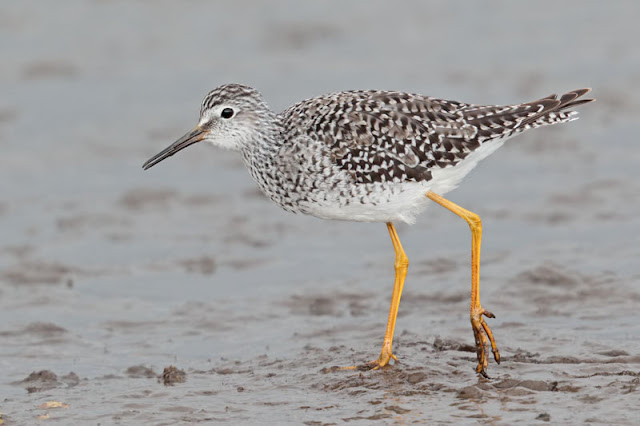 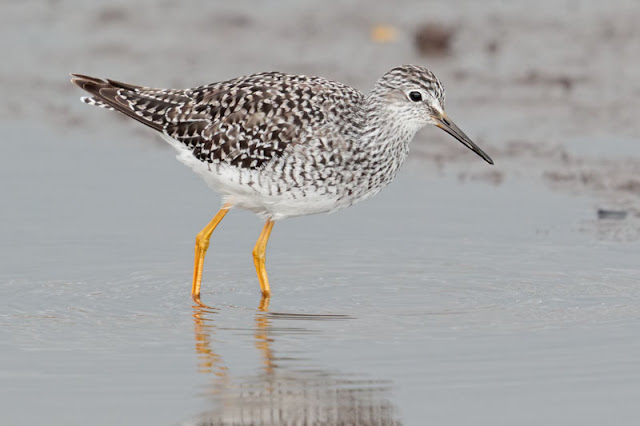 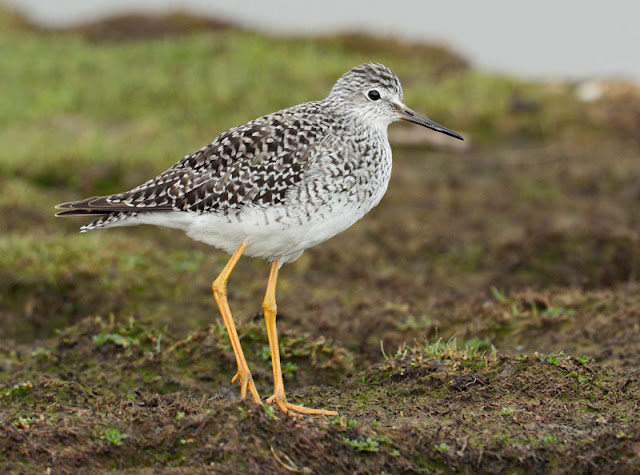 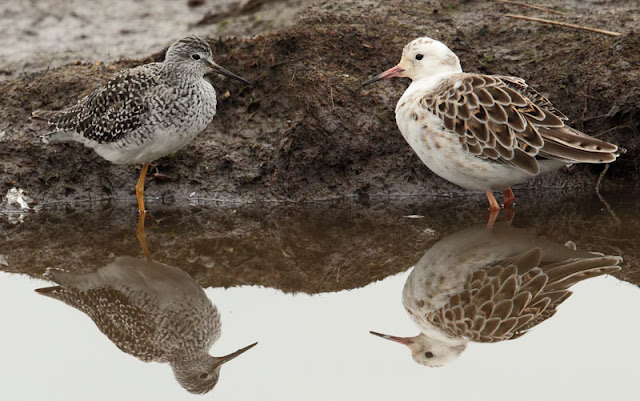 Lesser Yellowlegs and its buddy the Ruff - on a duller day

The other notable species we found, by chance, was a lovely male Black Redstart that was "showing well" in the Ferrybridge car park. When we found it in the morning, conditions were again very dull. However on our return from Portland Bill in the afternoon, it was brighter, with even a hint of sun, and remarkably the bird was still there! 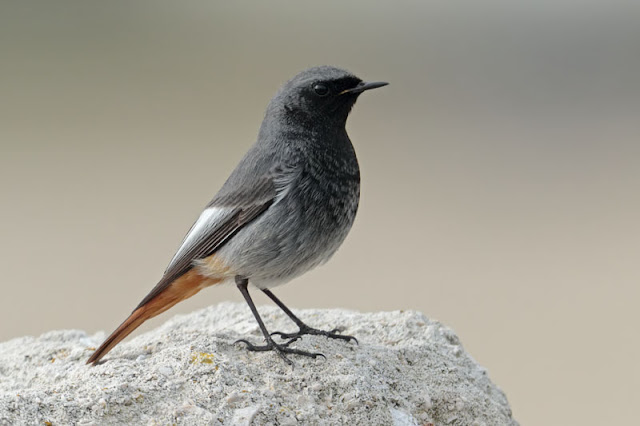 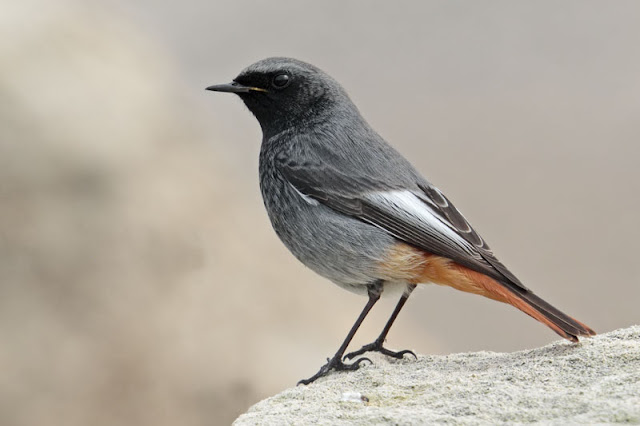 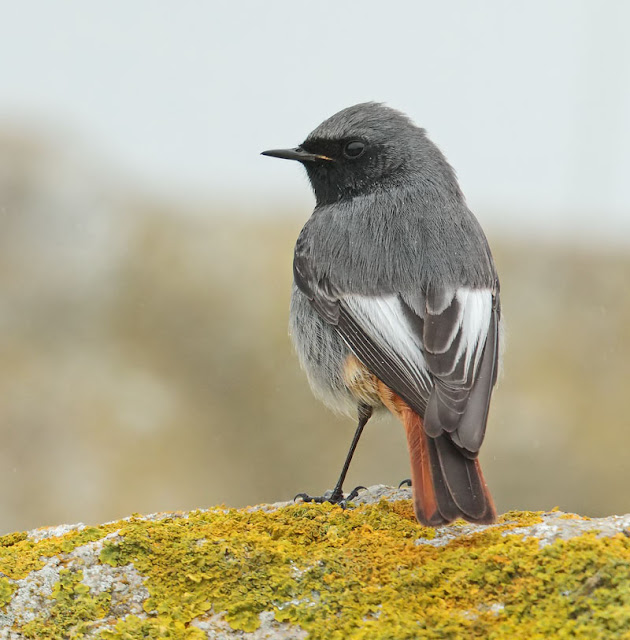 For larger versions of all these photos, see this page on my website.