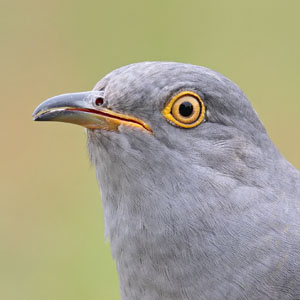 Having read great accounts by others, I decided it was time to seek Colin's acquaintance first hand. A spot of Googling turned up firstly the name of the field he frequents and then a photo of it, with GPS coords attached. Bingo!

Thursley village appeared to me to be considerably closer than the Moat car park that everyone else seems to use. So that it where I headed, arriving at the recreation ground parking area in just over an hour and a half from home. I arrived mid morning as  I reckoned there was no need for a very early start, since Colin seems to appear from late morning.

From this car park it was only a 10-15min walk to the southern end of the field. Although the network of paths was a bit confusing, with the OS Mapfinder App on my phone, I couldn't get lost!  Arriving at the field, I immediately spotted a small group of photographers at the northern end, which included Early Birder, Mark. When I arrived there were about 8, but this increased to about 12 later.

With the day overcast, viewing direction wasn't too critical, but I chose a spot near the end of the line of photographers, with the sun behind me, to start with at least. I was told that yesterday, he hadn't shown at all, which didn't sound good. Also there had been no sightings already today - so I hadn't missed anything much so far.

Initially there was a plentiful supply of perches and meal worms but only distant Cuckoo calls. Still there were some other attractions to keep us happy while we waited - including both male and female Redstarts. At one point, both came really close - onto a log just in front of where I was waiting.  More usually though they came to the more distant perches. 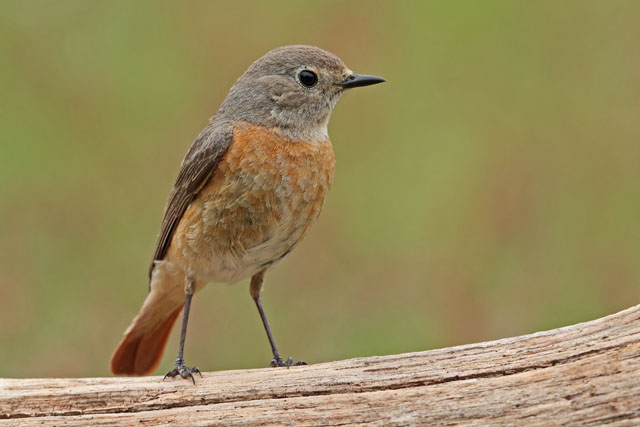 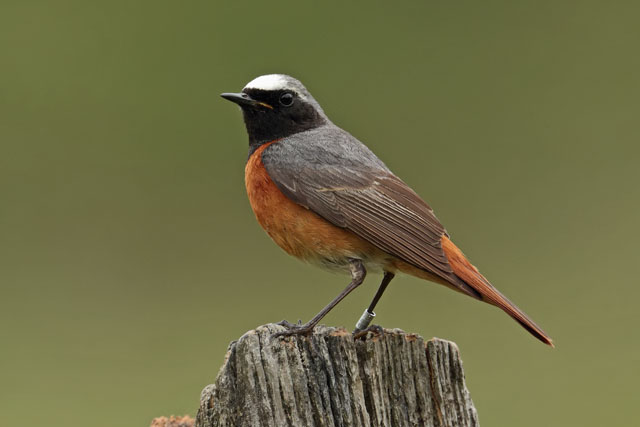 More distant male
After a couple of hours or so, at around 11:45, a Cuckoo appeared and called from the top of a not too distant tree. It then flew over the site a couple of times, before coming down on to the perches, including the really close log. Wow! I've never been anything like this close to a Cuckoo and of course blasted away with the camera. 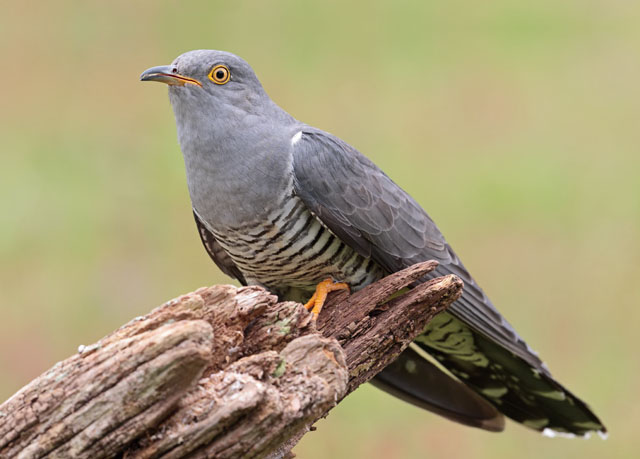 Colin fills the frame - no cropping on this one! 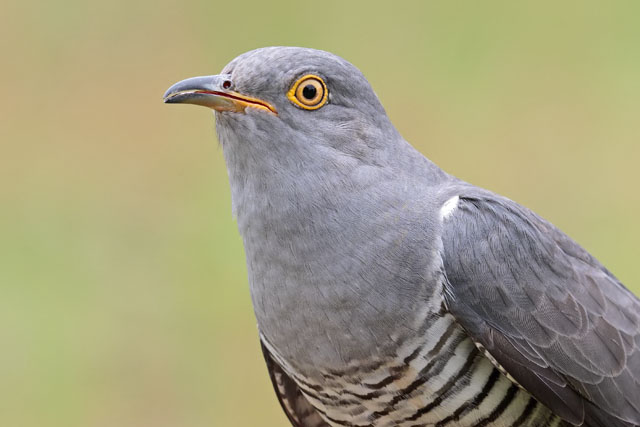 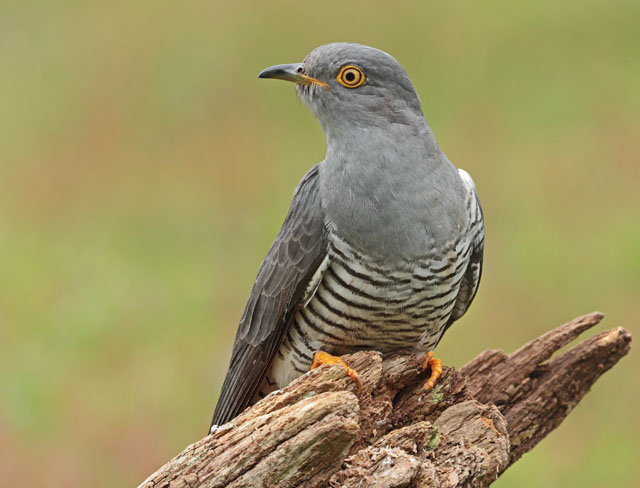 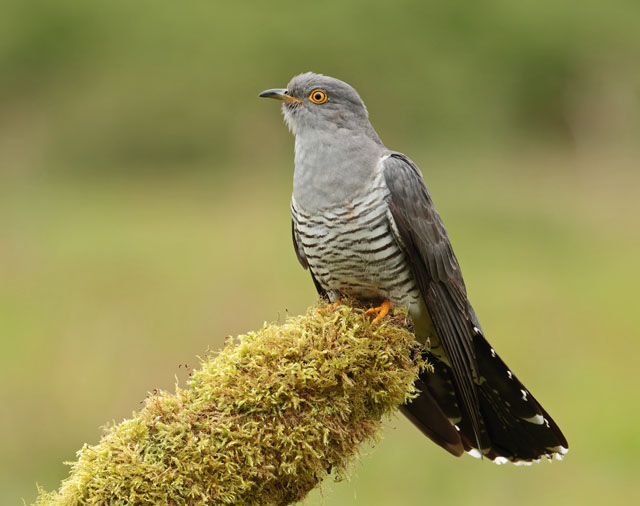 After spending only about 10mins gorging himself on meal worms, Colin was off, and we were left with the supporting cast again, which now included a male Stonechat attracted in to all the free food. 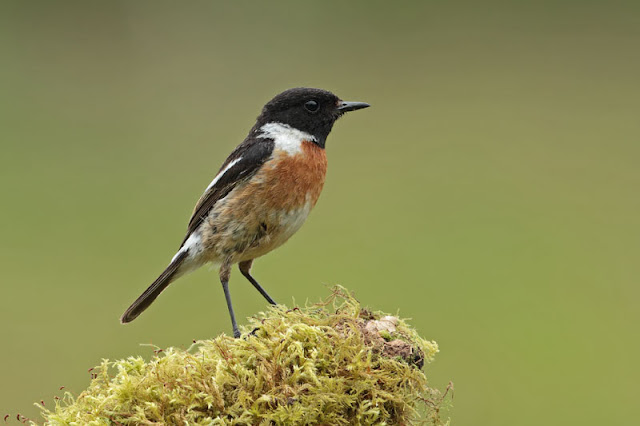 A pair of delightful Woodlark also kept making an appearance in the area, although they were not coming into the perches and hence were never that close. But they gave some added interest. 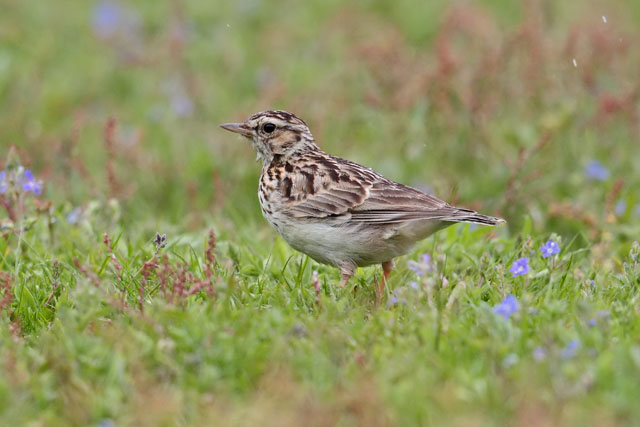 One of the pair of Woodlark

As the time wore on, the weather as forecast starting getting worse and then it started to rain - which wasn't good! But then about 2 hours after his first showing, in came Colin again (c. 13:45). By this time, the keenest photographers had decided to reduce the number of perches to one - an old fence post supported by a small tripod. So this is what Colin spent most his time on for his second visit, when he wasn't feeding on the ground right in front of us (to within a few meters!). 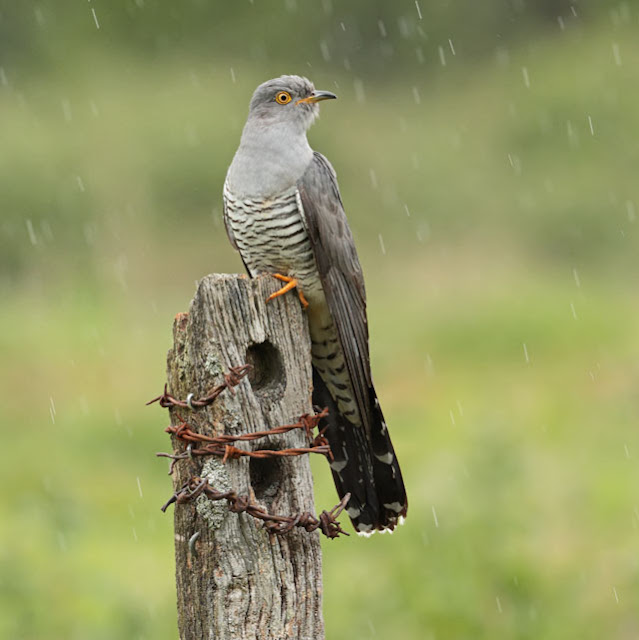 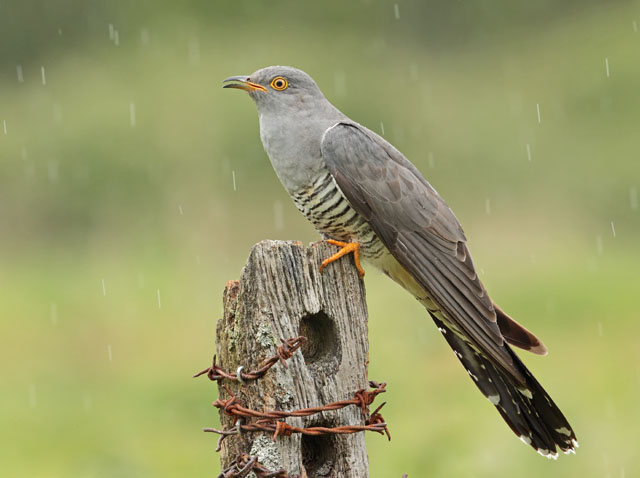 Colin in the rain! 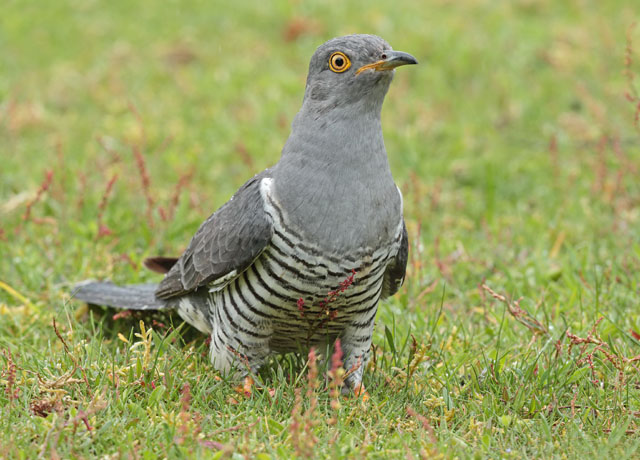 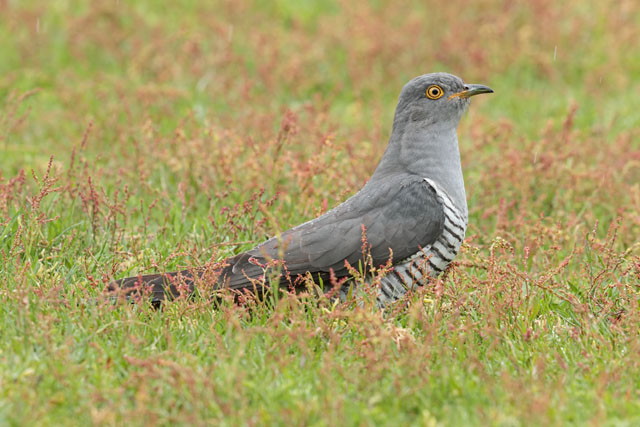 Again this visit was quite short (10-15mins) and when he departed, so did I. This proved to be a wise decision as the rain really started coming down only just as I got back to the car. Some of the others stayed a bit longer (without seeing Colin again), and got very wet, I heard later.


To see a mini gallery of all the above Cuckoo shots, at higher resolution go to this page on my website.

Larger versions of the photos of the other species can be found here.

With the bird still present and the sunny weather continuing, I couldn't resist another visit to Farmoor, this time after work in the early evening.

With the bird on the western side of FII, as expected, the light was from behind and superb! The only problems were the waves, which caused the bird to bob around all over the place, and its habit of diving repeatedly after only a few seconds above water.

But what a great bird - coming really close at times. Just shows that the odd photographer on the waters edge probably causes less of an issue than those standing on the track above. 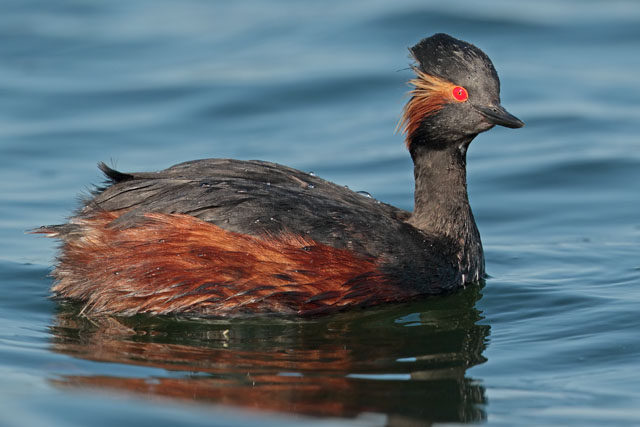 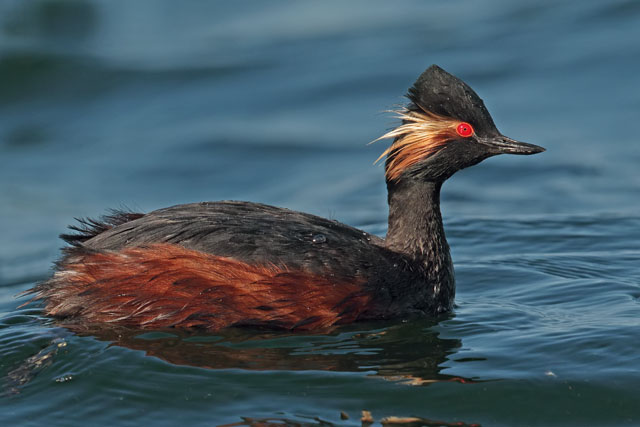 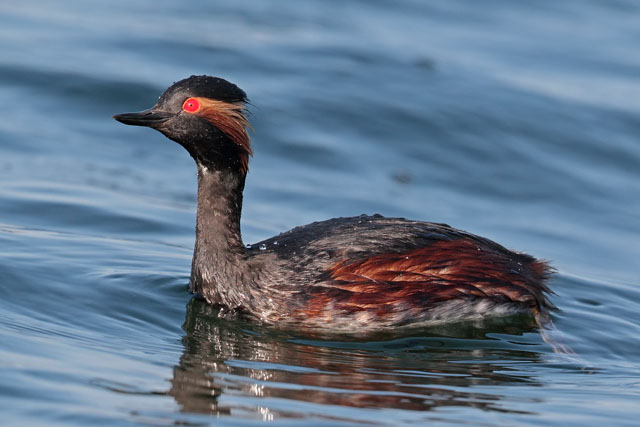 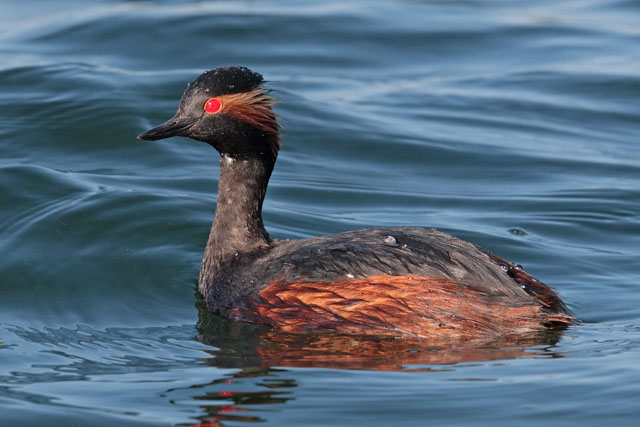 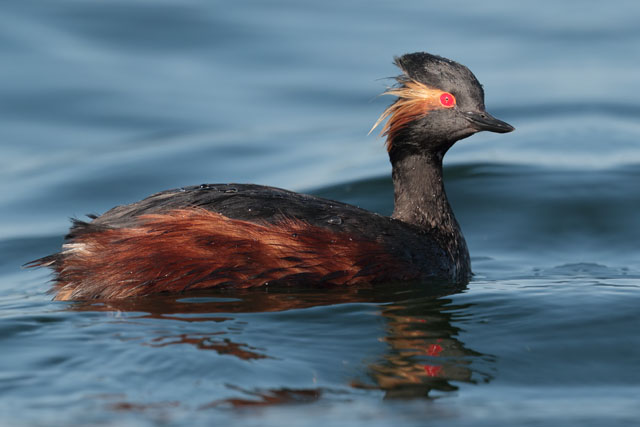 Black-necked Grebe
Posted by Stephen B at 20:25 No comments:

Yesterday I went on a superb visit to Thursley Common in search of Colin the Cuckoo and friends which ended in rain, that became torrential on the way back. More of this later when I've sorted out all the pics I took!

Today was much warmer and sunnier and unusually for a Sunday I managed a little birding. A brief late morning visit to the south end of Farmoor II was successful in connecting with the Black-necked Grebe, along with several others. 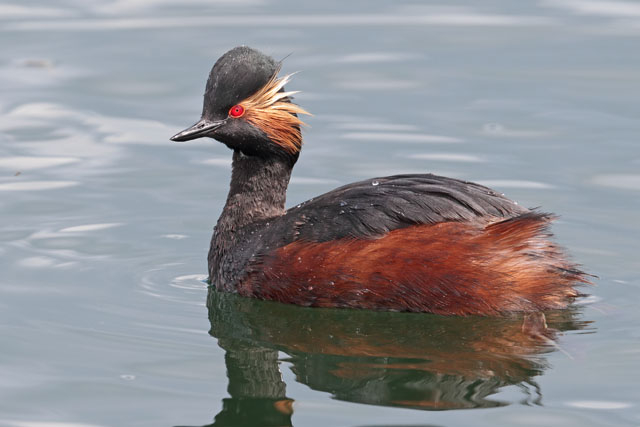