As many of you will know, Thursley Common in Surrey is the site where a Cuckoo, nicknamed Colin, has been returning to for many years now. He is remarkably tame having become used to all his admirers who keep him well fed with meal worms.

This year he again returned in early April, but I heard that large numbers of people (up to 50) were present early in the season. Also his appearances during the day sounded more erratic than previously. This didn't sound good, so I decided to wait until well into May.

Based on last year's experiences, I found it best to arrive mid/late afternoon and wait until the sun sets below the surrounding trees as he usually visited late afternoon/early evening from around 17:00 onwards.

So it wasn't until 26 May this year that I decided on the gamble of another late afternoon/early evening visit, arriving around 16:30. On arrival I was told Colin hadn't been seen since lunchtime and that he generally hadn't been performing "properly" this year.

However at around 17:30, in he flew for what turned out to be mammoth stay, not finally departing the area until around 20:00, i.e. a remarkable 2 and a half hours later, by which time of course the light was very poor.

The one downside today was that the weather generally wasn't as good as forecast with much more cloud than I would have liked, and only a few brief sunny interludes.

As well as staying for a remarkable length of time, I was extremely fortunate to find only around 7 other photographers present, virtually all of whom were trying for flight shots as Colin flew between the perch and the ground and back again.

Prior to this session, I had thought it would be interesting to try my new Canon R5 for flight shots. As it turned out, I was amazed at how well it performed. If I could keep the bird in the frame (not easy), the camera's amazing auto focus would usually do the rest, resulting in large numbers of in focus flight shots. This would have been completely impossible with my old Canon 7D Mark II, which would have simply found the background and focussed on that virtually every time.

As the light wasn't great most of the time, very high ISO settings were needed, especially towards the end of the session, but  another of the R5's benefits is its relatively low noise levels, compared with the 7DII, and I've managed to supress the noise reasonably well in the post processing.

Postscript:  I returned on Tuesday (8th June) but regrettably there was to be no repeat of this amazing performance as he did not appear while I was there.  There had been only one 20min showing at around 15:00 all day. A showy Redstart in the gorgeous early evening light was some compensation, I suppose.

For a gallery of all my photos from this amazing session, click here.

For larger images of any the photos below, just click on the captions.

Nature Photography hides, based near Droitwich, is now under new, improved management and has been renamed as Brine Pit Wildlife Photography. New hides have been constructed on the sites of the old ones.

The day I visited for the Little Owl the weather was truly atrocious. Probably the worst I have ever had in a hide, with strong winds and rain, often heavy basically all day!

These conditions reduced the females activities but she still needed to feed the young in the nest, so made a reasonable number of visits. Unfortunately, the bird was also very bedraggled, especially the front view.

Still there were several visits to the perches and I managed to get a couple of "action" photos.

For a gallery of all my shots from this session click here.

Once again click of any of the captions for larger images.

23 May: A spur of the moment decision to head up to Farmoor in an attempt to photo Swifts in flight. Arriving late morning, I was just in time to get some shots before the weather improved and the birds vanished!

As usual, click on any of the captions to enlarge

18 May: A trip in search of Hobby and anything else!

Another successful visit to this hide near Winchester run by Pete Whieldon for Kestrel and supporting cast. Only the male was showing today, but it did come in frequently, especially in the morning. The female was away on the nest, incubating. At least 10 visits, I counted in total.

One of the great things about Pete's setup is the wide variety of perches available and I was able to get the Kestrel to do a good tour of most of them during his 10+ visits! The "action" shots are something I thought I would try using the R5's animal eye detection auto focus in attempts to keep on the bird as it moved from perch to another.

To go to a gallery with all my Kestrel photos click here.

As usual, click on any of the captions to enlarge.

See below for a few of the somewhat easier to take perched shots:

Unlike my previous visits here, the supporting cast also performed very well, keeping me busy between Kestrel visits. This splendid male Bullfinch was probably my top priority but getting nice shots of Wren and Grey Wagtail is always difficult.

We spent a few nights near Rhayader in mid-Wales and pre-booked a couple of sessions in the photographic hides at the famous Gigrin Farm feeding centre for Red Kites.

Huge numbers of birds come into to be fed but getting good photos isn't easy!

For the first session, we chose the Gateway Hide which has a good overall view of the feeding area, with a wide open front. We were favoured by a light westerly wind so that the birds tended to be flying towards us, and hence getting reasonably close at times.

For this second session we were in the Low Level Hide where the birds can be (fleetingly) very close, but viewing is very restricted. The only practical way I found to get photos was to pre-focus on some of the food on the ground and then blast away when any birds showed interest. Extraordinarily few of these shots were worth processing!

Here is a selection of the photos taken. As usual, click on any caption to enlarge. To see a gallery of all the shots, go to here. 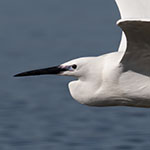 Managed to get back before the weather broke. Again superb early morning light.

Great to be able to get out and photo some water birds for the first time in ages. Light was superb!

Once again click on any of the captions to enlarge