I spent 5 nights in the famous birding region of north east Poland in May, with three in the Bialowieza forest area and two in the marshes of Biebrza. I didn't come across any widespread devastation in Bialowieza and managed to see my three target species (Collared Flycatcher, River Warbler and Thrush Nightingale), although views of all were frustratingly brief with limited photo opportunities.

In Biebrza, I found Aquatic Warbler at the renowned Dluga Luka boardwalk without any difficulty. My first visit in the late afternoon was successful - so no real need for my subsequent dusk and dawn returns.

A trip report is now available on my website, with full details of sites visited and illustrated with some of the photos I took.

Here is a brief taster! To see a gallery of my better trip images, click here. 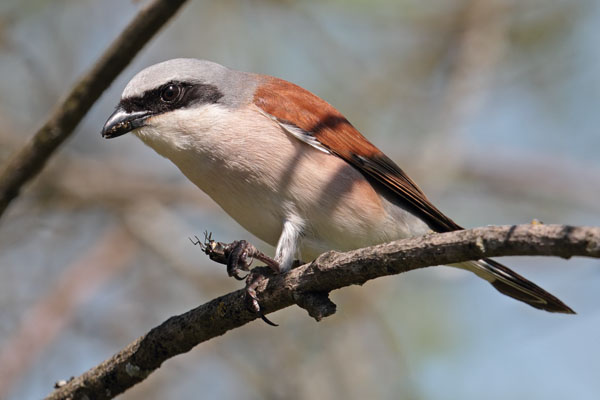 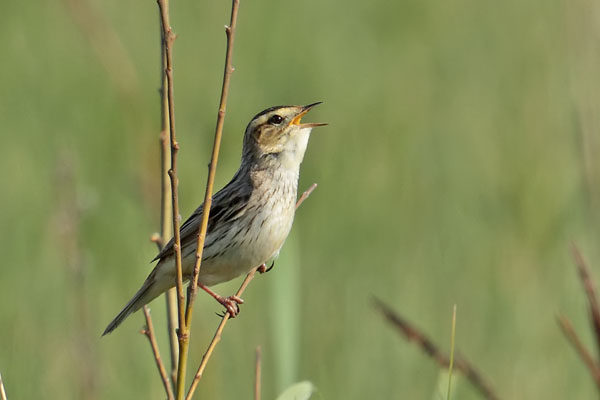 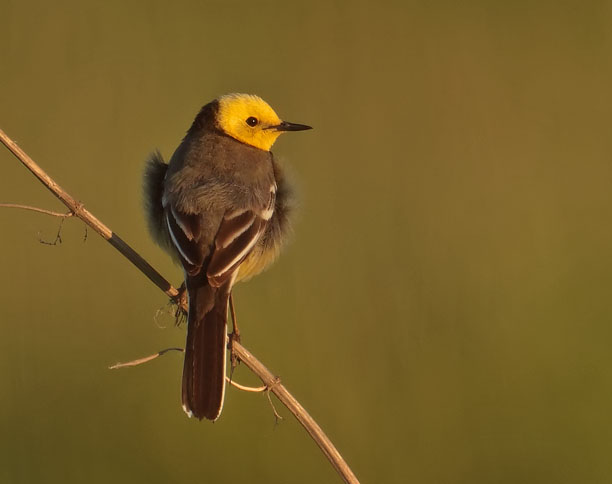 Citrine Wagtail in Biebrza
Posted by Stephen B at 17:32 3 comments:

I went on another walk along the Thames today mainly looking (unsuccessfully again!) for Clubtails - although I did get a glimpse of a dragonfly flying away at bush-top height that might conceivably have been one!

Despite the wind and not particularly overcast conditions there were some damsels and one Emperor to be seen, but nothing unusual.

Birds provided more interest with a pair of Curlew coming quite close to the path briefly. 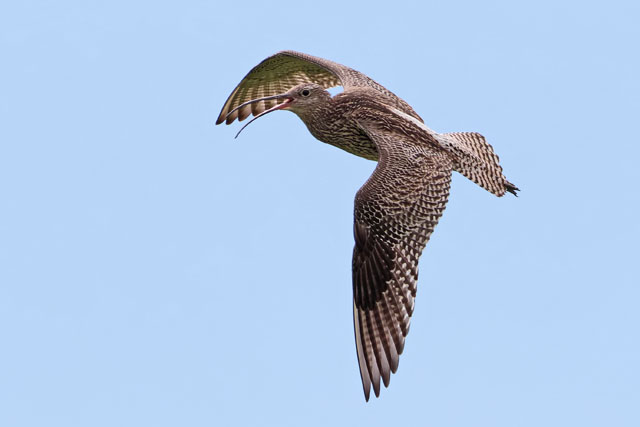 On my return, I tried for a few rather closer pics using the 100-400 mk II lens with an extension tube, which seemed to work OK hand held, demonstrating what a versatile (and portable) lens it can be: 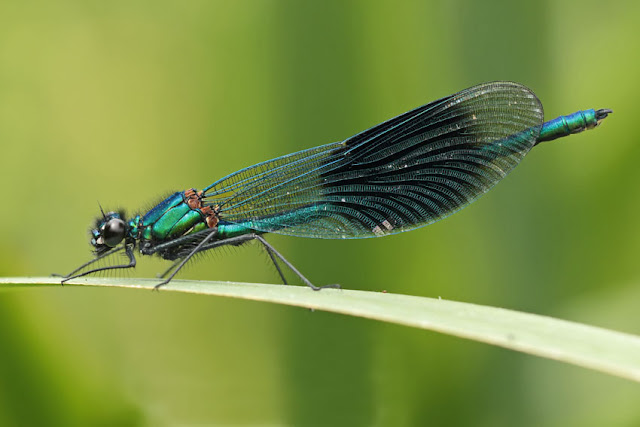 I took a break from the Clubtail survey today after two unsuccessful trips to the upper Thames (Radcot/Tadpole Bridge) and decided it was high time for a visit to Otmoor. Arriving well after 09:00, I was surprised to find some the regulars had only just got there as well, and we all had a wander along the Roman Road in brilliant sunny conditions.

Very quickly someone spotted some elusive butterflies high up in the tops of the bushes on the west side of the track. They were really difficult to follow in flight and almost impossible to see when settled, as they were nearly always facing end-on or horizontal - presumably to make the most the sunlight. Eventually sufficiently clear views were obtained and it was decided these were Black Hairstreaks. These seem to be very early this year, as they are not normally on the wing until late June, according to my book. This was a new butterfly for me! There must have been more then the two that were the most seen at any one - at least 4 I would guess and maybe more. But no pics - they weren't showing any sign of coming lower while we were there. 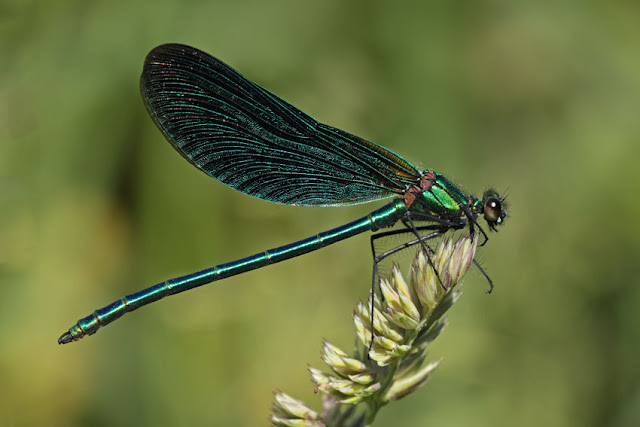 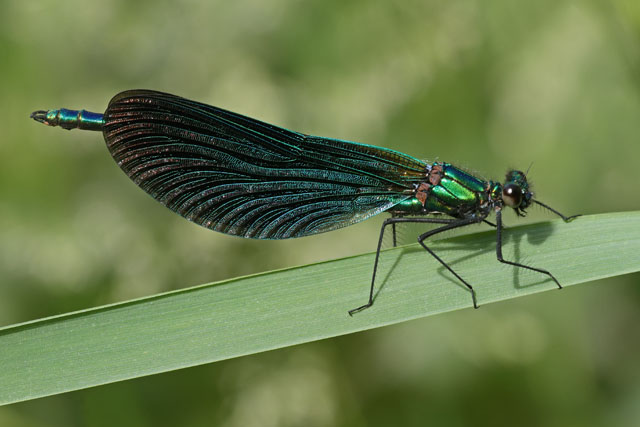 I then switched into bird mode and tried for photos of the Turtle Dove. There was nothing doing at the cattle pens, but it was purring away well in the usual Oak Tree beyond. On my return, it was still there. At one point a Woodpigeon flew into the same tree whereupon the Turtle Dove started vigorously displaying at it! Seemed like a case of mistaken identify and a sign that this was an unpaired bird so far? 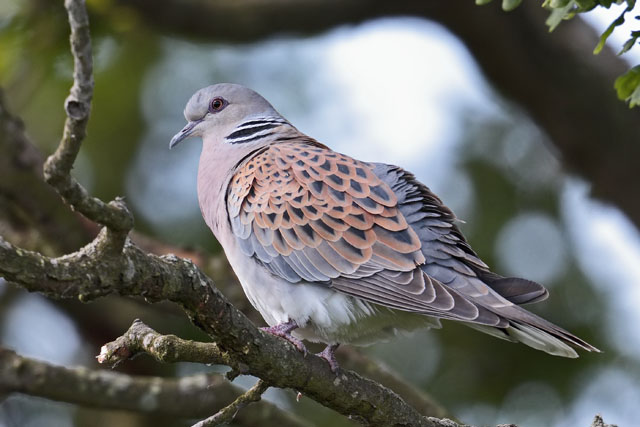 Out over Greenaways there were several Hobbies zooming around, and a Marsh Harrier. I couldn't however spot the large grey birds with long necks that were reputed to be there.

Along the bridleway, there was an impressive range of Odonata, including numerous Azure Damselflies, Large Red Damsels, 1 Blue-tailed Damsel, Red-eyed Damsels, Four-spotted Chaser and just one Hairy Dragonfly seen briefly in flight only.  On the path to the first screen, there was one teneral Ruddy Darter.

The first screen was quiet but there was a distant male Wigeon which seemed an unusual June find.

I didn't see anything very different on my return, by which time it was cloudier and possible more windy as well. There was however this striking, tiny bug at the eastern end of the bridleway that I reckon is probably a Red-and-black Froghopper. Anyone of a different opinion?! 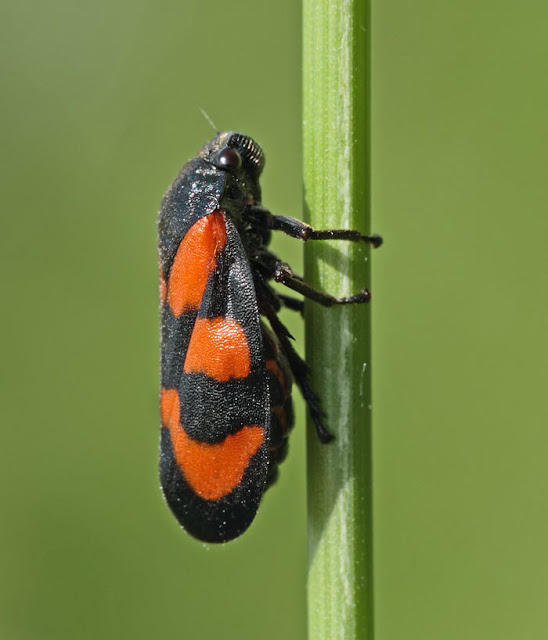 Red-and-black Froghopper (probable)
Posted by Stephen B at 18:17 No comments: